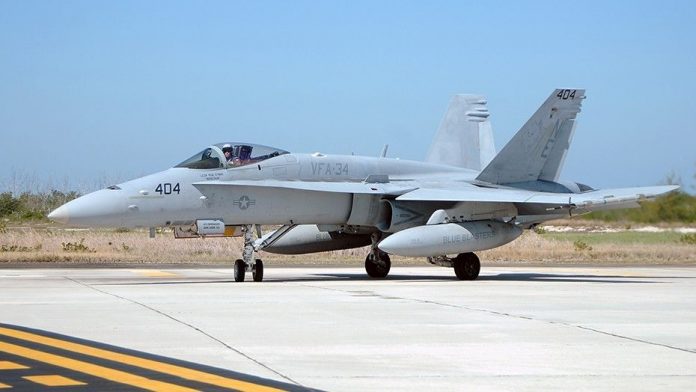 Both pilots were ejected from the twin-engine jet, and search and rescue efforts are under way.

The jet was from the VFA-213 Blacklions squadron. Last year, the same squadron deployed aboard USS George H.W. Bush to conduct ISIS strikes in Iraq and Syria.

Earlier this month, F/A-18s from the squadron performed a rare nighttime flyover in Annapolis, Maryland, ahead of a Capitals versus Maple Leafs outdoor NHL hockey game played at Navy-Marine Corps Memorial Stadium.

In November, the head of Naval Aviation told Congress that only half the Navy’s 542 F-18 Super Hornet jets can fly right now and only 31 percent are fully mission capable and ready to “fight tonight.”

This is a developing story; please check back for updates. Fox News’ Lucas Tomlinson contributed to this report.