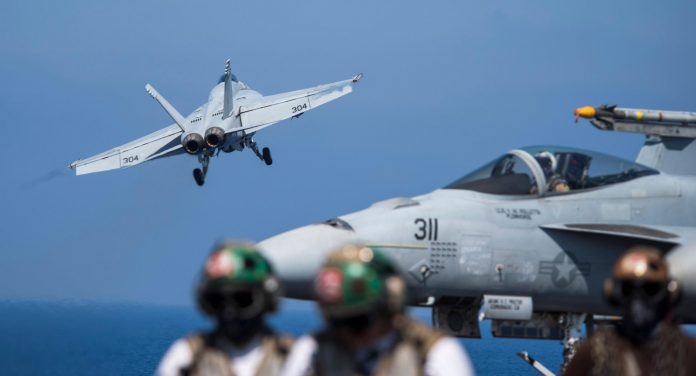 CBN News has confirmed through Pentagon officials that two U.S. Navy aviators died Wednesday after the F/A 18F Super Hornet jet they were flight training in crashed off the coast of Key West, Florida.

A U.S. Navy statement said, “Search and rescue crews were notified shortly after the crash where they recovered both the pilot and the weapons systems officer from the water approximately one mile east of the runway. Both were taken by ambulance to Lower Keys Medical Center.”

Both crew members were based out of Naval Air Station Oceana in Virginia Beach, Virginia.

The Department of Defense will not identify the aviators publicly until 24 hours after their families are notified.

The crash remains under investigation.

In November, the head of Naval Aviation told Congress that only half of the Navy’s 542 F-18 Super Hornet jets can fly right now, and only 31 percent are fully mission ready “to fight tonight.”