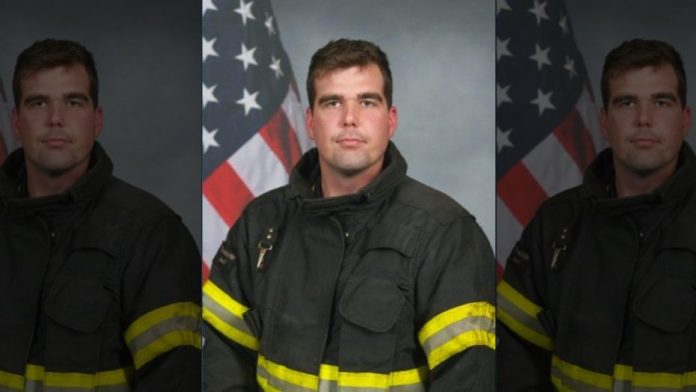 A search continued in Tennessee on Saturday for a Nashville firefighter who has been missing since early Monday.

Search warrants for two residences were executed Friday in an effort to find Jesse Reed, 32, whose vehicle plunged into the Tennessee River in Waverly, authorities told the Tennessean.

Reed’s wife, who was a passenger, escaped from the vehicle and was found alive in a nearby ditch, Fox 17 Nashville reported.

Why Reed, or his body, have not been found yet has left authorities baffled.

“The car was empty,” Deputy Rob Edwards with the Humphreys County Sheriff’s Office said. “The windows were rolled down, which was weird. That was strange.”

Locations searched Friday were residences where Reed reportedly has lived — one in Humphreys County and the other in Cheatham County.

Humphreys County Sherriff Chris Davis said he believed it would be “irresponsible” to not “exhaust all means possible” to locate Reed.

“We have no evidence to indicate that he is not still in this water,” said Davis, adding that the water search efforts would continue this weekend. “I would like to ask for the continued prayer for the fast recovery and the closure of this situation for the family.”

William Swann, the Nashville Fire Department’s interim director and chief, thanked the community for the search efforts in a Facebook post.

Before his disappearance, Reed had risked his life to save strangers, Fox 17 Nashville reported. Fire Department performance evaluations said Reed “performs his duties with exceptional professionalism.”

The Nashville Fire Department told the station that dive teams continue to search the Tennessee River for Reed, deploying underwater sonar and rovers, as well as drones and helicopters.

The Hendersonville Fire Department also sent four divers to help in the search, the report said.