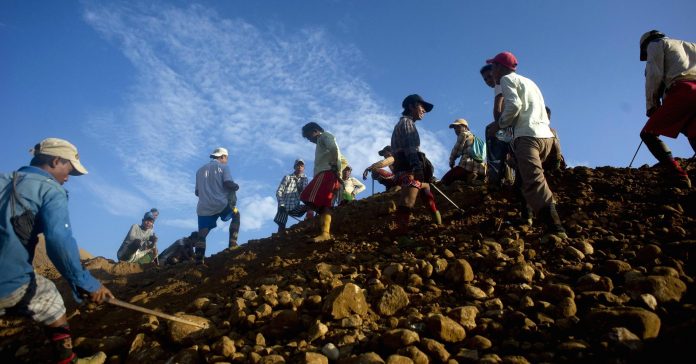 The fighting – triggered by coordinated attacks on Friday by insurgents wielding sticks, knives and crude bombs on 30 police posts and an army base – has killed 104 people and led to the flight of large numbers of Muslim Rohingya and Buddhist civilians from the northern part of Rakhine state.

U.N. Secretary-General Antonio Guterres is deeply concerned by reports that civilians have been killed in Rakhine state and appealed for neighbouring Bangladesh to allow fleeing Rohingya to seek safety, his spokesman said on Monday.

“Many of those fleeing are women and children, some of whom are wounded,” U.N. spokesman Stephane Dujarric said in a statement.

“(The Secretary-General) calls for humanitarian agencies to be granted unfettered and free access to affected communities in need of assistance and protection. The United Nations stands ready to provide all necessary support to both Myanmar and Bangladesh in that regard,” Dujarric said.

The violence marks a dramatic escalation of a conflict that has simmered since October, when a similar but much smaller series of Rohingya attacks on security posts prompted a brutal military response dogged by allegations of rights abuses.

The treatment of about 1.1 million Muslim Rohingya in mainly Buddhist Myanmar has emerged as the biggest challenge for national leader Aung San Suu Kyi, who has condemned the attacks and commended the security forces.

The Nobel peace laureate has been accused by some Western critics of not speaking out on behalf of the long-persecuted minority, and of defending the army’s sweep after the October attacks.

The Rohingya are denied citizenship in Myanmar and classified as illegal immigrants, despite claiming roots there that go back centuries, with communities marginalized and occasionally subjected to communal violence.

“Now the situation is not good. Everything depends on them – if they’re active, the situation will be tense,” said police officer Tun Hlaing from Buthidaung township, referring to the Rohingya insurgents.

Rohingya villagers make up the majority in the area.

“We split into two groups, one will provide security at police outposts and the other group is going out for clearance operation with the military,” he said.

Many houses had been burning since Sunday in parts of neighbouring Maungdaw town, another journalist and a military source in Maungdaw told Reuters.

A Rohingya villager in the area said the army attacked three hamlets in the Kyee Kan Pyin village group with shotguns and other weapons, before torching houses.

“Everything is on fire,” he said by phone. “Now I’m in the fields with the people, we’re running away.”

A military source in Rakhine state confirmed that houses were burned in the area but blamed the insurgents, who he said opened fire when soldiers came to find them and clear landmines.

The insurgents fled, he said, adding there were no casualties.

The Myanmar military reported clashes over the weekend involving hundreds of insurgents, taking the death toll to at least 104, the majority militants, plus 12 members of the security forces and several civilians.

There were no official updates from the army or the government on Monday.