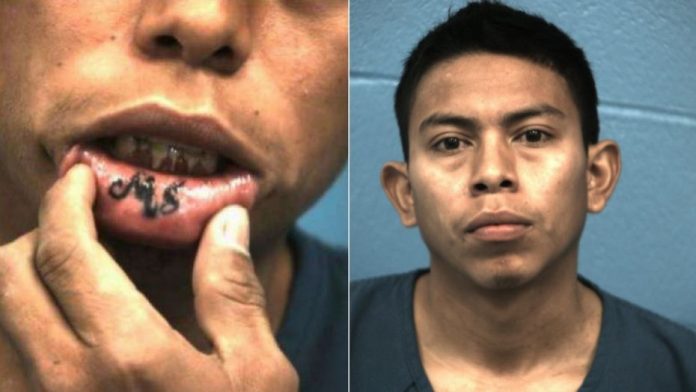 Jorge Alexander Cortez was one of the three people accused of plotting to kill another MS-13 gang member earlier this month, police said.

A pair of MS-13 gang members were on their way to kill another member when Texas police pulled the duo’s car over — sparing the would-be victim’s life by a mere two minutes, according to court records.

Bryan Funes, 17, and Jorge Alexander Cortez, 23, were arrested last Thursday in Austin on criminal conspiracy charges after police unintentionally foiled a plot to kill another MS-13 member, The Houston Chronicle reported. Melquisedec Steven Lemus-Monje, 19, was also arrested and charged with conspiracy and a weapons violation.

Funes and Cortez, both El Salvadoran immigrants, were planning to drive their intended target from Austin to Houston to kill him, court records obtained by the Chronicle stated. The man was reportedly wanted dead by the savage gang due to a variety of factors, including drug debts. It’s unclear if the would-be victim, who was not identified, was currently an active MS-13 member.

WHAT IS MS-13, THE VIOLENT GANG TRUMP VOWED TO TARGET?

Houston police said they received news about the plan when they intercepted calls made by the MS-13 gang members. The men allegedly called MS-13 gang leaders in El Salvador and Virginia, who then “green lit” the operation, according to court records. Lemus-Monje at one point referred to a “nine” with “candies” — believed to be a 9 mm pistol — that would have been used in the murder, according to the Chronicle.

Lemus-Monje, Funes, another MS-13 gang member and the intended target were in a car in Austin on Feb. 11 when a Texas Department of Public Safety trooper pulled them over because of an expired vehicle registration, according to the Chronicle. Lemus-Monje was found with the pistol.

Cortez was discovered in a separate car.

Funes called another individual a short time after the plot was thwarted and said police stopped them “approximately 2 minutes before they would have killed” the member, records stated.

Cortez was booked into jail on an attempted murder charge on Thursday, but records show he was released Tuesday.