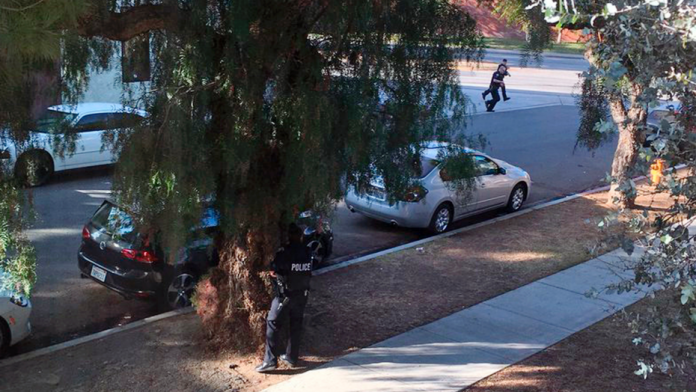 LOS ANGELES –  Police are trying to learn what motivated a man to walk into a law firm where he worked and shoot two of his colleagues before turning the gun on himself.

Police arrived at the office building in Long Beach on Friday to find the gunman and one victim dead and learned that the second victim had driven himself to a hospital, police Sgt. Brad Johnson said at a news conference.

The injured man was in stable condition.

Police didn’t fire any shots, Johnson said. A SWAT team searched the rest of the building and no other victims were found.

The gunman’s motive had not yet been determined, but authorities emphasized it was not a case of an active shooter targeting as many people as possible.

Video showed people running from a two-story office building shouting about a shooting inside.

The building is in the well-to-do neighborhood of Bixby Knolls and sits across from a Trader Joe’s market.

Three different law firms are listed among the occupants, but police did not reveal the office where the shooting occurred.

The office is about 20 miles south of downtown Los Angeles in Long Beach, a city of about 460,000 people.