A December meeting between Jared Kushner, President Donald Trump’s son-in-law and one of the senior advisers in the Trump administration, and Russian ambassador Sergei Kislyak at Trump Tower focused on Syria, a source familiar with the matter told Fox News Monday.

During the meeting the Russians broached the idea of using a secure line between the Trump administration and Russia, not Kushner, a source familiar with the matter told Fox News.

Former Panamanian dictator Manuel Noriega has died, a source close to his family said. He was 83. The source was not authorized to be quoted by name. There was no immediate information on the cause of death, which occurred late Monday.

rotests erupted in the Texas capitol building on Monday over Gov. Greg Abbott’s new law cracking down on ‘sanctuary cities,’ interrupting the final day in this year’s regular session of the Texas Legislature.

Hundreds of protesters chanted in opposition to the new law, forcing House leadership to stop the session and send state troopers to clear the gallery.

ISIS militants on Monday claimed responsibility for a deadly nighttime bombing outside a popular ice cream shop in central Baghdad where families with children were enjoying a late-night snack after breaking their fast for Ramadan. 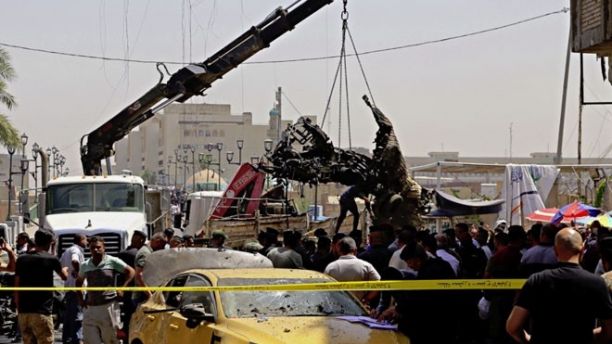 Iraqi officials have raised the death toll to 15.

‘YOUR WORLD’: STAYING SAFE THIS SUMMER AT SOFT TARGETS

COMING UP ON FNC

COMING UP ON FOX BUSINESS

It will be a busy week for economic data, starting today with the Case-Shiller report on home prices for March. That comes at 9:00 AM ET. The week will end on Friday with the government’s employment report for May. FOXBusiness.com will have all the breaking news on the reports and market reaction that you need to know.

8:20 AM ET: Candace Cameron Bure, Actress will be on “Mornings with Maria”

3:00 AM ET: Bill Browder, Hermitage Capital CEO will be on “Countdown to the Closing Bell”