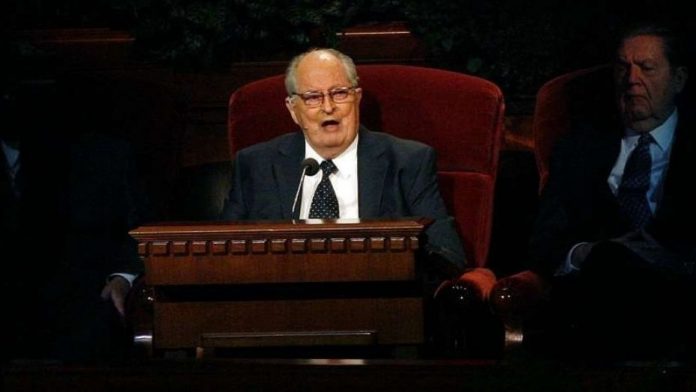 SALT LAKE CITY –  A top-ranking Mormon leader, 85-year-old Robert D. Hales, has died after he was hospitalized last week with pulmonary and other conditions.

Church spokesman Eric Hawkins said in a statement that Hales died Sunday at 12:15 p.m. in a Salt Lake City hospital surrounded by his wife and family from causes tied to his age.

Hales missed this weekend’s church conference after he was hospitalized several days ago.

Hales was born in New York City and was a business executive before he was chosen in 1994 as a member of the Quorum of the Twelve Apostles, a high-level governing body of The Church of Jesus Christ of Latter-day Saints.

A replacement will be chosen for Hales at a later date.