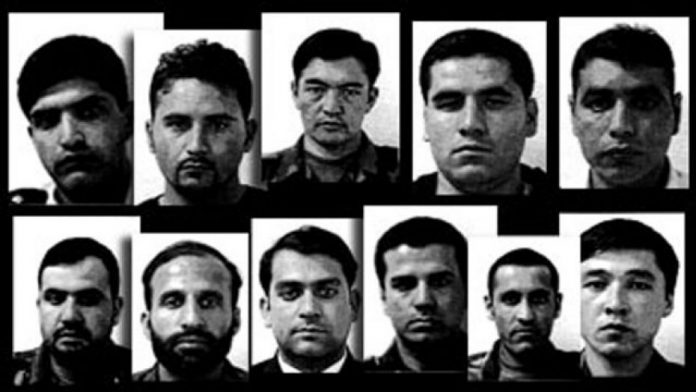 At least 152 Afghans sent to the U.S. for military training since 2005 have gone absent without leave and the situation is unlikely to improve soon, according to a watchdog report released Friday.

According to the Special Inspector General for Afghanistan Reconstruction, 13 of the 152 who had gone AWOL were still at large as of March 7 of this year. Seventy of the 152 had fled the United States; 39 gained legal status in the U.S.; and 27 were arrested, removed or in the process of being removed from the U.S. Three no longer were AWOL or returned to their training base in the U.S.

“There are so many problems here, it’s hard to know where to start,” Senate Judiciary Committee Chairman Chuck Grassley, R-Iowa, said in a statement. “This is bad for national security, bad for Afghan military readiness, and bad for U.S. taxpayers.”

AWOL Afghans are considered a security risk in the U.S. because they have military training and are of fighting age, and relatively few are ever arrested or detained.

Nearly all the Afghans who fled since 2005 were officers. Most were what the military calls “company grade” officers, meaning they were at the rank of lieutenant or captain. The prevalence of this group to abandon training posts is “particularly alarming,” the report said, given the officers’ important role in maintaining the overall readiness of the Afghan military.

The Afghans have fled from posts across America, including Lackland Air Force Base in Texas, where they are required to take English-language training; Fort Rucker, Ala.; Fort Benning, Ga.; Fort Leonard Wood, Mo., and Fort Huachuca, Ariz.

The report cited numerous bureaucratic impediments to catching AWOL Afghans. They are required to provide limited biographical and background information while in the U.S., which can make it difficult to track them down, it said. Also, Immigration and Customs Enforcement (ICE) agents cannot take any action to locate a missing Afghan trainee until the departments of Defense and State take certain actions to revoke the individual’s official status. This delays the start of an ICE investigation in which time is of the essence, the report said.

Most training is done in Afghanistan, but selected Afghans are brought to the U.S. each year for training and education opportunities that cannot be offered in their home country, the report said. The AWOL problem is one of many that have dogged the U.S. effort to make the Afghan military capable of defending itself. As of July, the U.S. has spent $68 billion to train and equip the Afghan army, air force, commandos and other security forces.

Though the report only reviews data through March of this year, inspectors noted that the State Department reported that four AWOL Afghan trainees were caught by Customs and Border Protection in Washington state in August.

In response to the report, the State Department told the inspectors that the number of AWOL cases was “unacceptably high.”

“The majority of these Afghan military trainees have been located, but the fact that any of them remain unaccounted for is deeply concerning and it’s important we get more information on how this happened and what’s being done to locate these individuals,” she wrote.

In a letter of his own, Grassley asked Secretary of State Rex Tillerson and acting Homeland Security Secretary Elaine Duke to explain disagreements with the report’s recommendations on information-sharing among departments.

The worst years for the AWOL problem were 2009, 2015 and 2016 — years that coincided with higher reported levels of violence in Afghanistan, the report said. Although the report had no figures for the period after March of this year, it said the Defense Department reported “a significant up-tick in absconders” among Afghan Air Force trainees in the U.S. this year.