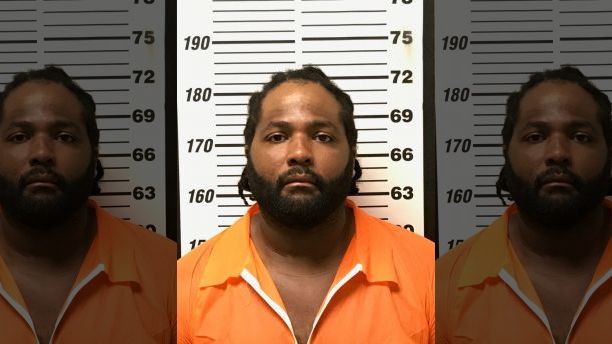 The man accused of killing eight people including a deputy sheriff during a shooting spree in a rural Mississippi town was denied bond in an appearance before a judge Tuesday.

Lincoln County Justice Court judge Roger Martin denied bond for 35-year-old Willie Corey Godbolt, who was charged with one count of capital murder and seven counts of first-degree murder, according to the Mississippi Bureau of Investigation (MBI). Martin also said the court will appoint an attorney for Godbolt.

Godbolt’s hearing was held in nearby Gallman County due to safety concerns, according to MBI communications director Warren Strain. On Monday, Strain released a statement stating Godbolt either knew or was related to each of his victims.

Godbolt is accused of gunning down eight people in three different locations. The shooting rampage allegedly started after a domestic dispute between Godbolt’s estranged wife and her family surrounding the custody of his children. Shortly after he was arrested, Godbolt spoke to a reporter from the Clarion-Ledger and appeared to confess to the alleged crimes.

Fifty-five year-old Barbara Mitchell, 53-year-old Brenda May, 35-year-old Tocarra May, and Lincoln County deputy sheriff William Durr were killed at a home on Lee Road in Bogue Chitto. According to authorities, Durr responded to a domestic call at approximately 11:30 p.m. on Saturday.

An 11-year boy and 17-year-old Jordan Blackwell were shot and killed at a seprate home on Coopertown Road in Brookhaven. Police also say the bodies of 45-year-old Ferral Burage and 46-year-old Shelia Burage were discovered at a third home on East Lincoln Road.

Caleb Edwards was at the home on Coopertown Road and told The Associated Press how his cousin Jordan saved his life. “I thought I was going to die,” Edwards said. Caleb described how he felt the impact of his cousin Jordan being shot while he protected him from the gunfire, and told WJTV he played dead so the shooter wouldn’t notice him.

His 11-year-old brother Austin also was shot and killed.

A preliminary hearing for Godbolt has been scheduled for July 26.

Willie James Inman is a Fox News multimedia reporter based in Jackson, Mississippi. Follow him on twitter: @WillieJames