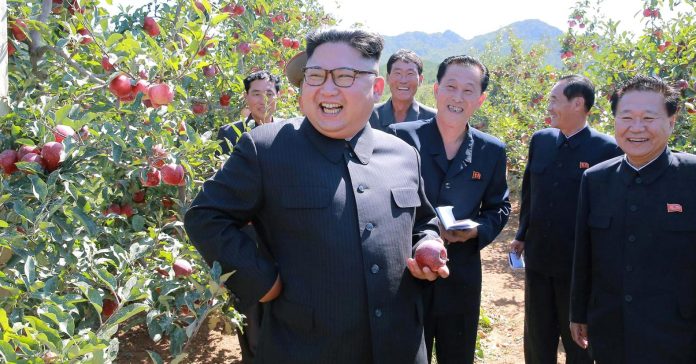 The ballistic missile launched by North Korea on Tuesday has the power to reach Washington, D.C. — and much of the rest of the United States, an expert said.

In contrast, an earlier missile tested in late July by North Korea was believed to be capable of hitting a bit more than half of the continental U.S., but not Washington.

North Korea firedthe latest intercontinental ballistic missile during the middle of the night there.

The missle soared 4,500 kilometers above Earth, and landed 1,000 km from its launch site falling into the Sea of Japan.

“It’s a research and development effort on their part to continue building ballistic missiles that can threaten anywhere in the world,” Mattis said.

“The bottom line is it is a continued effort to build a ballistic missile threat that endangers world peace, regional peace and certainly the United States,” Mattis said.

Physicist and missile expert David Wright told the Guardian newspaper that if the missile had followed a normal trajectory, instead of the steep, lofted one used Tuesday, the missile’s range would be 13,000 km.

“This is significantly longer than North Korea’s previous long-range tests, which flew on lofted trajectories for 37 minutes and 47 minutes,” Wright told the Washington Post.

“Such a missile would have more than enough range to reach Washington, D.C.”

It also is a far enough range to hit Europe and Australia, according to Wright, co-director of the global security program at the Union of Concerned Scientists.