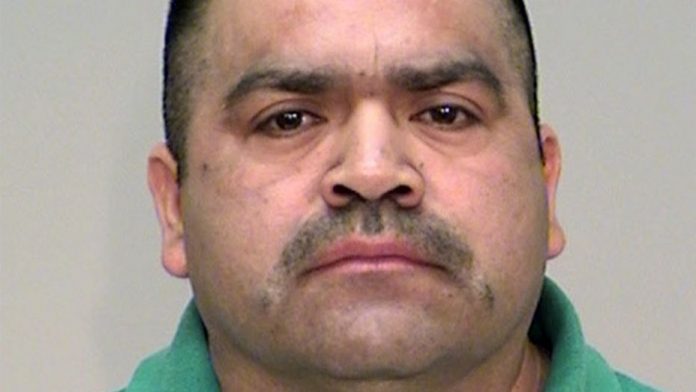 Conrrado Cruz Perez, a Minnesota restaurant worker, is accused of urinating in a co-worker’s water bottle.

A baker at a Minnesota Perkins restaurant is accused of urinating in a co-worker’s water bottle up to 15 times after she refused his romantic advances and told him she only wanted to be friends.

Police in Minneapolis learned of the alleged act in October after the woman told them she was being harassed by Conrrado Cruz Perez and that her water bottle repeatedly tasted like urine over the past few months, the St. Paul Pioneer Press reported.

Cruz Perez, 47, has been charged with two counts of adulterating a substance with bodily fluids and is set to appear in court again March 28. His attorney told the newspaper his client has not yet entered a plea and will not comment on the allegations.

The 42-year-old woman at the Vadnais Heights restaurant reportedly told police the incidents began after Cruz Perez expressed a romantic interest in her and she rejected his advances.

Cruz Perez has since been fired from the restaurant. In his initial interview with police, he insisted he did nothing wrong, but later, after investigators suggested a DNA test might be conducted, admitted to once peeing into the water bottle, the St. Paul Pioneer Press reported, citing a criminal complaint.

Cruz Perez told investigators he had to go to the bathroom but the restaurant was too busy for him to take a break, so he relieved himself in the bottle and forgot to throw it away, police said.

The circumstances of the other alleged 14 instances were not clear.