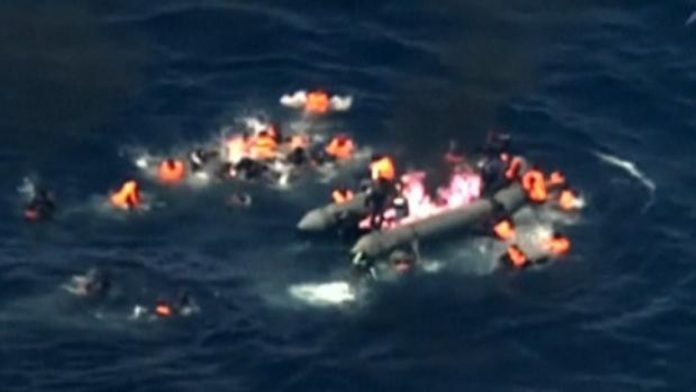 ​Portuguese and Spanish rescue services have saved 34 migrants who leaped into the sea after their inflatable craft caught fire in the Mediterranean.

Video shot by a Portuguese Air Force plane shows the migrants wearing orange life vests jumping from the black dinghy after flames erupted near the craft’s outboard motor. The fire quickly spread and left burning debris on the water. Some migrants clung to what was left of the rubber craft.

A Portuguese Air Force statement says there was no obvious reason for the fire off the Spanish coast Sunday.

The plane co-ordinated a rescue effort, dropping a life raft into the sea and calling a nearby fishing vessel. Monday’s statement said two Spanish coast guard vessels also picked up the unhurt migrants.