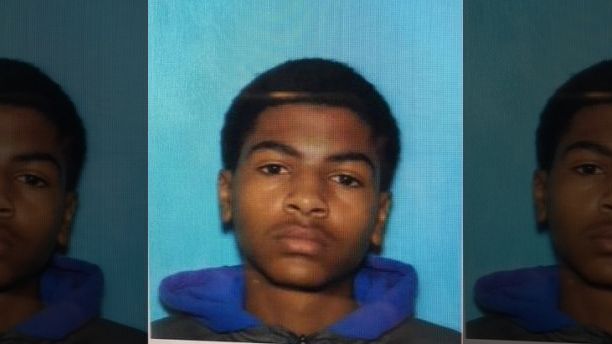 The Central Michigan University student wanted in connection with Friday’s shooting deaths of his parents has been arrested, authorities said.

No details were immediately available about where or how Davis was arrested.

For hours the campus went into lockdown mode while a manhunt involving local and state police also included help from the FBI and ATF.

Police described the shooting as a “family-type domestic issue.” The university confirmed that the shooting victims were Davis’ parents.

Vice President Mike Pence commented on the slayings during a stop in Detroit, the Detroit Free Press reported.

“Our hearts go out to the fallen and especially local, state and federal agencies who are working on the apprehension and the investigation,” Pence said. “We have to act and we will. We’ve got a lot of work to do. This president and this administration will not rest until we make our schools safe.”

The suspect is from Plainfield, Ill., and graduated high school in 2016, according to spokesman Tom Hernandez of the Plainfield School District.

Illinois state Rep. Emanuel Chris Welch confirmed the deaths on Twitter, calling it “a sad day in Bellwood.” He said the shooting “strikes close to home.”

“My sincerest condolences go out to the family of Bellwood Police Officer James Davis Sr. and his wife who were shot and killed this morning,” he continued. “May they RIP.”

According to Davis’ Twitter page, he was a sophomore at Central Michigan University, slated to graduate in 2020.

Officials described Davis as being approximately 5 feet, 9 inches tall. He was last seen wearing yellow-colored jeans and a blue hoodie with a weapon tucked in his belt. Officials said he may have shed certain clothes while on the run.

Klaus said Davis was taken to a local hospital Thursday night with a drug-related injury, possibly an overdose, but would not elaborate.

Halie Byron, 20, said she locked herself in her off-campus house, about a 10-minute walk from Campbell Hall. She had planned to run errands before traveling home to the Detroit area.

“It’s scary thinking about how easy a shooter can come into a college campus anywhere — a classroom, a library. There’s so much easy access,” Byron said.

Michigan Gov. Rick Snyder said he has been in contact with local police to “determine what has occurred at Central Michigan University.”

“The priority right now is the safety of those still on campus and I thank all first responders involved for their swift action,” he continued in a tweet.

U.S. Sen. Gary Peters said he was “deeply saddened” by another “tragic incident of gun violence.”

“I am heartbroken for the victims and praying for the safety of Mount Pleasant and @CMUniversity community as first responders work to apprehend the shooter,” he tweeted.

A men’s basketball game scheduled for Friday night between Central Michigan and Western Michigan University was postponed. No makeup date has been announced.

Central Michigan has about 23,000 students. The campus is in Mount Pleasant, about 70 miles north of Lansing.