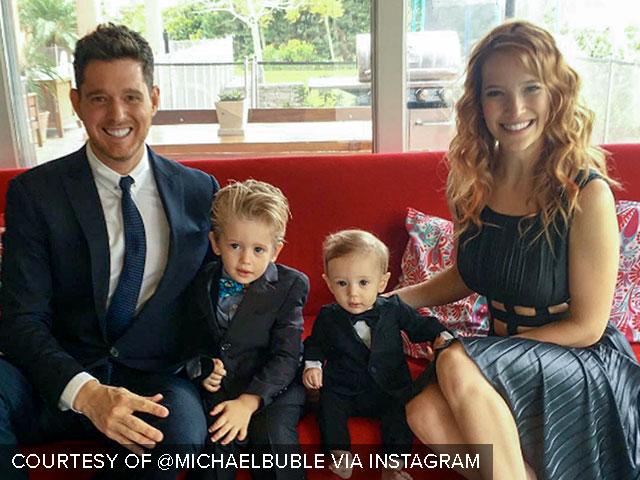 She shared her heart at a news conference, “My faith in the fact God had a miracle helped me. I became strong so my son would get better. I transmitted that to all my friends and family,” Lopilato said.

“As a family we were always very united and we fought this together. We did everything we could for our son, so he would come through this,” she said.

“Thank God, my son is well. When things like those that happened to us occur, your take on life changes. It happened to us. Now I value life much more, the now and the today. I would like to thank people for their support, for the prayers they said, for their love, and I want them to know that they reached us and that it helped us a lot to come through this,” Lopilato also said.

The actress and model has also been open about her son’s press on social media.

Buble is set to make his first public appearance since his son’s cancer diagnosis. Canada’s Governor General will present him with the National Arts Center Award in Ottawa on June 28.