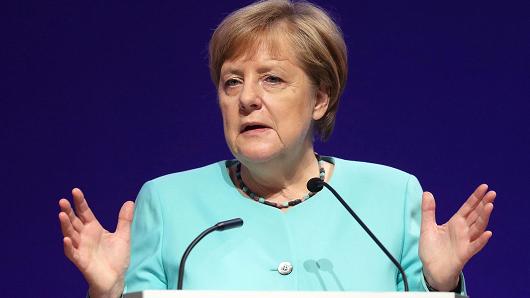 German Chancellor Angela Merkel speaks at the annual congress of the Federation of German Industry (BDI) on June 20, 2017 in Berlin, Germany.

The CDU conference in Berlin follows Merkel’s announcement of her picks for a new, younger cabinet intended to rejuvenate the party and end disagreements over how to tackle the rise of the far-right Alternative for Germany (AfD).