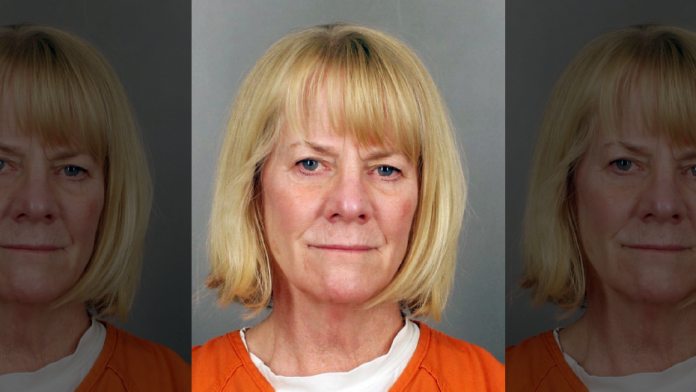 DENVER –  A defense investigator in a Colorado death penalty case is behind bars after refusing to testify for prosecutors, saying that helping their effort to execute a defendant would violate her religious beliefs.

A judge ordered the jailing of Greta Lindecrantz, a Mennonite who opposes capital punishment, on Monday after she repeatedly refused to answer questions about her work on the defense team of Robert Ray, one of three men on Colorado’s death row.

Lindecrantz, dressed in an orange jail jumpsuit, refused to answer questions again in court Tuesday and was returned to jail. She has been ordered to return to court on Wednesday, her attorney Mari Newman said.

“Instead of looking at all of the options, the court has chosen the most punitive action to try to break her will,” said Newman, who noted Lindecrantz could have been allowed to remain free while she works on an appeal of the contempt order.

Ray’s defense team is challenging his death sentence partly by arguing that he did not have an effective legal team.

Prosecutors apparently subpoenaed Lindecrantz to testify to back up their case that he did have good representation. They previously questioned Ray’s original lawyers as part of the appeal proceedings.

Newman said Lindecrantz worked for those lawyers and noted that prosecutors already also have access to Lindecrantz’s report and other documents on her work.

The lawyer said Lindecrantz would testify if not for the possibility that her testimony could be used to put Ray to death. She said Lindecrantz compared her predicament to being asked to shoot a gun at Ray, not knowing if it was loaded.

“She cannot be a cog in the machinery of death,” Newman said.

Ray and co-defendant Sir Mario Owens were sentenced to death for the 2005 killings of Javad Marshall-Fields and his fiancee Vivian Wolfe. Marshall-Fields had witnessed an earlier shooting that Owens was convicted of.

Vikki Migoya, a spokeswoman for District Attorney George Brauchler, said the office would not comment on Lindecrantz because it usually does not talk outside court about proceedings, especially when many of the filings have been sealed.

One of Ray’s defense lawyers, Greg Greer, did not return a telephone message seeking comment.

Closing arguments in the appeal had been expected Wednesday. However, the Colorado Independent, which was the first to report Lindecrantz’s jailing, reported that the prosecution and defense said they cannot present their arguments because Ray’s claims about having ineffective counsel are linked with claims that prosecutors withheld key evidence from Ray’s original defense team during his trial.