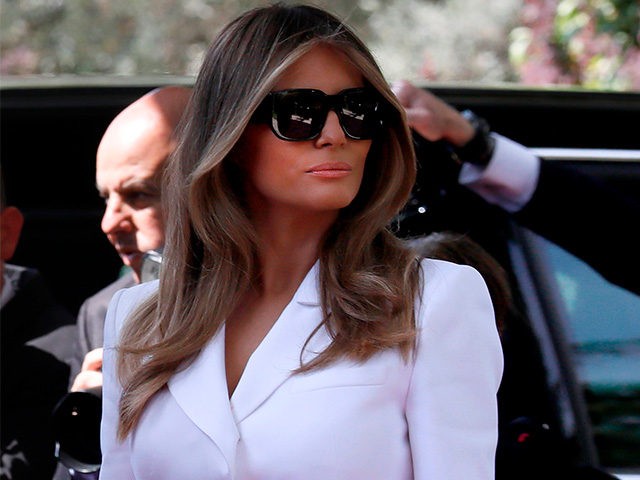 Melania Trump has defied the flock of fashion designers who said they would never dress her after wowing both U.S. and international media with her fashion-forward ensembles during her first trip abroad last week.

As Breitbart News previously reported, the First Lady dazzled during President Donald Trump’s first foreign trip, winning over the foreign press from Saudi Arabia to the Vatican to Belgium and Sicily.

Wearing Ralph Lauren and custom-made Dolce & Gabbana, Mrs. Trump appeared to be sending a message to the marquee names in the fashion world, including Tom Ford and Marc Jacobs, who said they would not design clothing for her.

“There is a softening, a melting,” stylist Phillip Bloch told Page Six writer Richard Johnson. “Fashion people are fickle and fake. They are starting to see she is a beautiful woman who is married to the president, and it is an honor to dress her.”

And deliveries of apparel to Trump Tower have reportedly ramped up.

“Most days, the lobby is brimming with wardrobe boxes delivered for Melania,” a source told Page Six. “Once she tries on the outfits and decides what she will keep, the boxes come back downstairs.”

“She doesn’t need couture. She can buy off the rack, and it looks beautiful,” Bloch said. “She knows her size, and she knows what works on her. She luxuriates in minimal.”