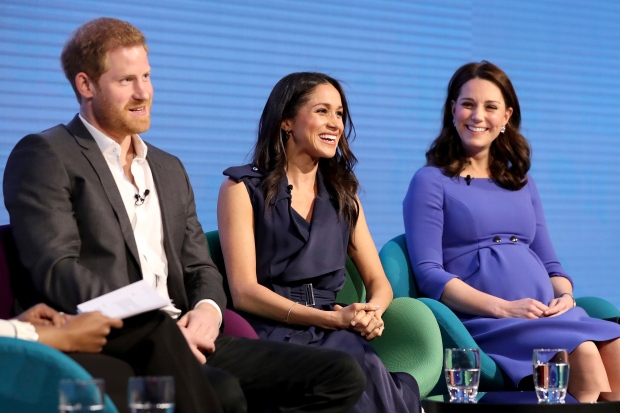 Meghan Markle said Wednesday that she hopes to “hit the ground running” as a member of the British royal family and use her position to highlight the empowerment of women.

Markle, who is due to marry Prince Harry in May, attended an event in London alongside Harry, Prince William and his wife Kate.

The first joint engagement by the two couples celebrated the work of the Royal Foundation, which supports charities including the Heads Together mental health campaign and the Invictus Games for injured troops.

Markle said during a question-and-answer session that she was still new to her role but “it’s very important to want to hit the ground running.”

The 36-year-old American actress said that with the Me Too and Time’s Up campaigns against sexual harassment, “there is no better time to really continue to shine a light on women feeling empowered and people really helping to support them.”

The first joint engagement by the two couples celebrated the work of the Royal Foundation, which supports charities including the Heads Together mental health campaign and the Invictus Games for injured troops. (Chris Jackson/Pool via AP)

Harry, 33, said he and Markle were “pretty tied up with planning a wedding at the moment,” but looked forward to working with William and Kate on charitable projects.

“I think it’s really good we’ve got four different personalities, we’ve all got that same passion to want to make a difference, but different opinions,” he said.

“Working as family does have its challenges … but we’re stuck together for the rest of our lives.”