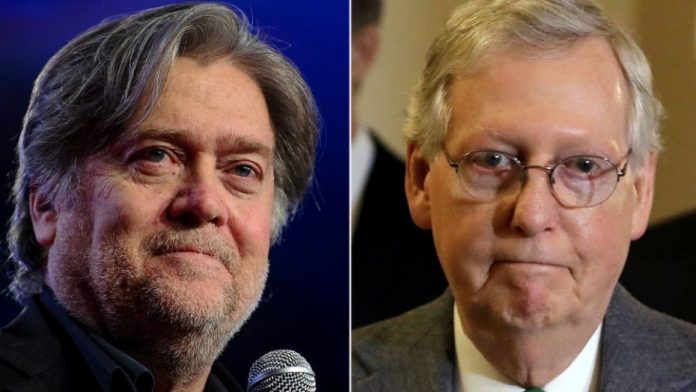 As McConnell left his year-end press conference at the Capitol, reporters asked the Kentucky Republican to recommend a holiday season bourbon from the Bluegrass State.

“It’s all really good,” said McConnell. “It makes the holidays so much better.”

McConnell knows to relish the time between now and January with a nip of Buffalo Trace, Wild Turkey or Woodford Reserve. Because as hard as 2017 was, 2018 could prove a bigger challenge.

When the Senate convenes Jan. 3, McConnell’s majority slips from 52 Republicans to a mere 51. One of the Senate’s first orders of business will be to swear-in Sen.-elect Doug Jones, D-Ala., who won the Alabama Senate special election over Republican nominee Roy Moore.

The Alabama Senate race gnaws at McConnell, who saw this act in 2010 and 2012. Back then, Republicans nominated Senate candidates so extreme they couldn’t survive the general election. The electoral roadway is littered with the likes of Delaware’s Christine O’Donnell, Nevada’s Sharron Angle, Indiana’s Richard Mourdock and Missouri’s Todd Akin. Democrats vanquished each of these GOP Senate nominees.

McConnell frets history could repeat itself in 2018 – and is determined to make sure it doesn’t.

“People who win make policy and others go into something else,” said McConnell. “We’re going to be supporting people who can win.”

‘We’re going to be supporting people who can win.’

The electoral winds are now at the Democrats’ backs. They hold a 13-point advantage over Republicans on the generic ballot. With the GOP majority narrowing, Arizona is a seat Republicans believe they must win with Flake retiring and health questions surrounding Sen. John McCain, R-Ariz.

“The political genius is on display,” snorted McConnell about Bannon’s advocacy for Moore. “Throwing away a seat in the reddest state in America is hard to ignore.”

McConnell says Republicans worked hard to “change the model” to ensure that the GOP-nominated candidates could survive the general election in 2014 and 2016. But he fears Republicans could be going backwards. 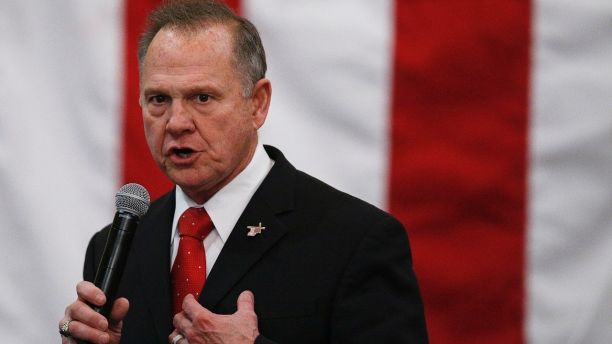 The midterms aren’t the only test facing McConnell and his congressional colleagues. Lawmakers abandoned Washington before wrestling with a host of intractable “must-do” items – all of which ripen as soon as Congress reconvenes in January.

Just before the holiday, Congress funded government operations through Jan. 19. The Senate holds its next formal session on Jan. 3. Lacking major floor traffic, the House postponed its official start until Jan. 8. That leaves a scant 11 calendar days for lawmakers to address problems they couldn’t resolve in December. Washington could face a showdown over government funding, a renewal of health care cost-sharing reductions (CSR’s) for the poor, disaster relief, a solution for DACA and reauthorization of the controversial domestic surveillance program known as FISA. We haven’t even mentioned the looming need to hike the debt ceiling sometime before the end of the winter.

“There’ll be drama. There’ll be chaos. They’ll be yelling and screaming. And then we’ll avert a shutdown. But that’s what happens unfortunately. It shouldn’t be this way,” said Dent.

Senate Minority Leader Chuck Schumer, D-N.Y., and House Minority Leader Nancy Pelosi, D-Calif., ultimately didn’t insist on a scramble over DACA in December. This was a tactical decision. Pelosi knew GOP leaders wouldn’t attach a DACA fix to the stopgap spending plan Congress approved just before the holidays. But the California Democrat also knew she had to play to her base. That’s why Pelosi spent more than two hours testifying before the House Rules Committee last Thursday morning – pleading her case on DACA.

A coalition of Republicans is also pushing for lawmakers to address DACA sooner rather than later. Pelosi and Schumer know DACA isn’t going away. So does Mitch McConnell. That’s why the GOP leader plans “to devote floor time” to the issue in January.

McConnell noted he wanted reforms to “chain migration” and improvements to the current immigration system.

“I’m pretty supportive of legal immigration,” said McConnell. “The secretary of Transportation came here at age eight not speaking a word of English.”

That’s a reference to his wife, Elaine Chao, who was born in Taiwan.

One can understand why McConnell was more than ready to ditch Washington a few days ago with such a daunting legislative bottleneck ahead. McConnell donned what he called his “traveling clothes” (a red sweater and a pair of beige Gore-Tex, lace-up, hiking boots), bound for Louisville, Ky., his “favorite place in the world.”

As McConnell departed Capitol Hill, he told members of the congressional press corps he wouldn’t miss them “for at least ten days.”

It’s not hard to understand why.