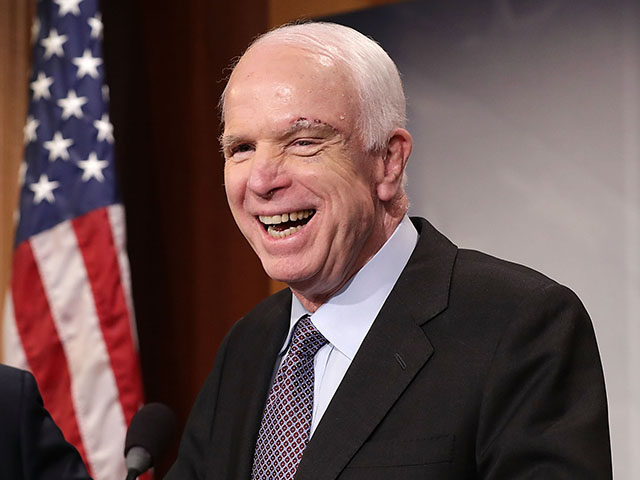 The GOP tax overhaul looks increasingly likely to win enough votes to pass in the Senate after Senator John McCain said he supports the bill.

“After careful thought and consideration, I have decided to support the Senate tax reform bill. I believe this legislation, though far from perfect, would enhance American competitiveness, boost the economy, and provide long overdue tax relief for middle class families,” McCain said in a statement Thursday.

McCain also said he endorses the repeal of the Obamacare individual mandate that is included in the Senate tax bill, describing the mandate as an “onerous mandate.”

“By repealing the individual mandate, this bill would eliminate an onerous that especially harms those from low-income brackets,” McCain said.

McCain also said that while he takes “seriously” concerns some Senators have raised about the economy, “it’s clear this bill’s net effect on our economy would be positive.”

McCain’s endorsement is a major milestone because it was his vote against the repeal of Obamacare that sunk the GOP bill this summer. His declaration of support narrows the range of issues that need to be resolved by GOP leaders to reach the fifty votes required to pass the measure (with Vice President Mike Pence able to cast the tie-breaking vote).

The list of GOP Senators whose votes are in doubt now includes just the deficit hawks Senator Bob Corker of Tennessee and Jeff Flake of Arizona, the small business advocates Ron Johnson of Wisconsin and Steve Daines of Montana, and healthcare holdout Susan Collins of Maine. Nearly all, however, have expressed confidence that their issues can be resolved in negotiations with Senate leaders.