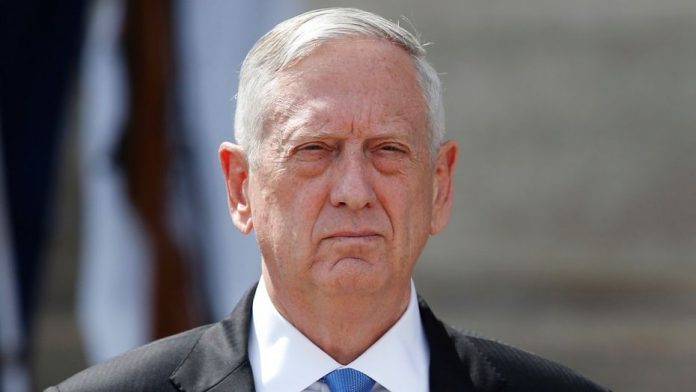 Mattis cast doubt on the Washington Post report, saying President Trump does not push back against Russia talk

Pentagon Secretary James Mattis didn’t borrow his boss’s favorite phrase to refute a Washington Post report that President Trump doesn’t want to hear about Russia from his intel chiefs, but he might as well have called it fake news.

The former Marine Corps general told reporters Friday that, contrary to the newspaper’s lengthy report, no one advising the president seems to have reason to steer clear of the subject of Moscow and national security.

“I have not seen this shyness over at the White House and in the Situation Room.”

“I have no reservation, nor has the President ever evidenced any pushback, when I bring up Russia in a national security context, and obviously this has come up whether it be in Syria or with NATO and all the other places where you have heard me speaking about this,” Mattis said. “I have not seen this shyness over at the White House and in the Situation Room.”

The Post reported that Trump is so eager to improve relations with Russia that he has not held the Kremlin to account for allegedly meddling in the U.S. election. Although U.S. intelligence agencies agree that the interference occurred, President Trump has not been expressed such certainty. Mattis, for his part, agrees with the intel community.

“Yes, I believe they did,” Mattis said.

It was just some of the ground Mattis covered in an 18-minute, impromptu Q&A with reporters in the Pentagon briefing area.

The decorated military legend said North Korea has not yet demonstrated it can hit the U.S. mainland with an intercontinental ballistic missile, despite a test last month which the Hermit Kingdom claimed showed it could. That Hwasong-15 missile rose some 2,800 miles and spent nearly an hour in the air. But North Korea’s claim it re-entered the atmosphere has since come under serious doubt.

“So it did not achieve reentry?” Mattis asked reporters rhetorically. “It has not yet shown itself to be a capable threat against us right now.”

Mattis also said the plan to move the U.S. embassy in Israel from Tel Aviv to Jerusalem “hasn’t proven to” put U.S. troops or citizens in the Middle East in any greater danger and expressed concern about two Reuters journalists being arrested in Burma, where they are covering the plight of the Rohingya genocide.