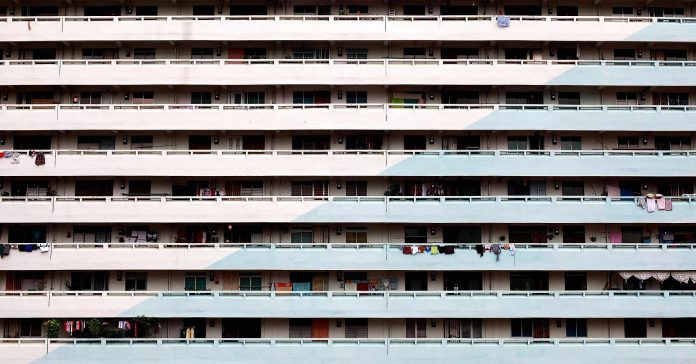 Singapore’s property cooling measures, which have dampened residential sales and prices since their introduction in 2009, remain necessary, the city-state’s central bank said on Thursday.

“Our key property market measures remain necessary for a stable and sustainable residential property market and to encourage household financial prudence,” the central bank, the Monetary Authority of Singapore (MAS), said in its annual report published on Thursday.

The government had appeared to be taking a more sanguine view of the need for cooling measures, scaling back some of the curbs in March, including lowering the seller’s stamp duty and shortening the minimum holding period to avoid it.

But Ravi Menon, managing director of MAS, discouraged the idea that the government was relenting on the measures, which investors have criticized.

“The calibrated adjustments by the government earlier this year do not signal the start of an unwinding of the property cooling measures, as some commentators have suggested,” Menon said in prepared comments on Thursday.

Menon added that with many countries tightening their property cooling measures, it would send a “very wrong signal” if Singapore were to ease its measures.

While the MAS noted that the property market was continuing to moderate, with prices gradually falling, it pointed to rising transaction figures in 2016 and the first quarter of this year, compared with 2015.

Developers sold 2,962 units in the first quarter, excluding executive condominiums, which are a unique hybrid of public and private housing for Singaporeans with incomes exceeding public housing limits.

Mortgage loan applications climbed 20 percent in the first quarter of this year from the previous quarter, according to data from the Credit Bureau Singapore this week.

“The property market has substantially stabilized over the last three years,” Menon said, but he added, “The risk of a renewed unsustainable surge in property prices is not trivial.”

The city-state’s housing prices surged more than 60 percent from 2009 through 2013, propelled by rock-bottom global interest rates and quantitative easing in developed economies, even as the government enacted a series of cooling measures to prevent a bubble from forming.

The measures, including an Additional Buyer’s Stamp Duty which could add as much as an additional 15 percent to the price, appeared to have eventually met with some success, with the property price index falling around 11 percent from the peak in the third quarter of 2013 through the end of 2016, according to data from Deutsche Bank in January.