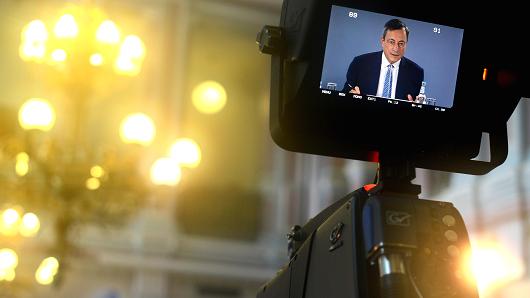 Investors and markets may have shown some confusion regarding the future policy of the European Central Bank this week, but they are certain that monetary stimulus will be reduced throughout 2018.

“The ECB/Draghi, indeed, have been creating some confusion lately,” Elwin de Groot, senior market economist at Rabobank, told CNBC via email. He added that tapering is “unavoidable” from a technical point of view, but also economically speaking it does not make sense to extend the current quantitative easing program into next year.

The euro rose to a nine-day high against the dollar on Tuesday following remarks by ECB President Mario Draghi that the bank needed to be “prudent” when “gradually” updating its monetary policy. Currency traders interpreted such words as indications that the ECB is preparing to taper its stimulus.

However, shortly after, the euro turned lower following media reports citing sources that markets had misinterpreted Draghi and the bank was not considering to reduce its monetary stimulus just yet.

On Thursday morning, the euro was once again up against the dollar by 0.3 percent at $1.1412, after Draghi made new remarks without retracting any of the previous comments.

Despite the confusion, analysts are confident that monetary easing will be slowly reduced throughout 2018 with an announcement in the September or October meeting.