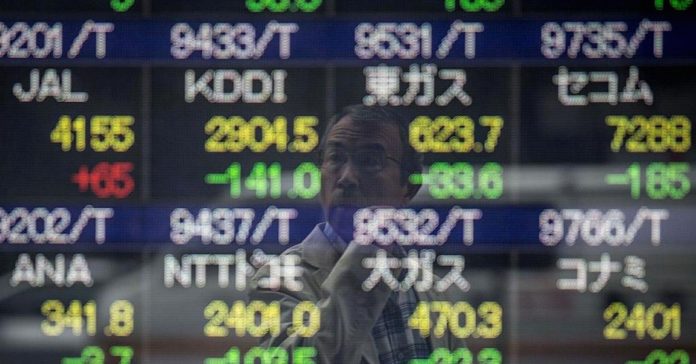 In currencies, the dollar index, which tracks the greenback against a basket of six currencies, firmed to trade at 90.671 by 6:49 a.m. HK/SIN, earlier touching a five-week high in the overnight session.

The dollar had firmed after new Federal Reserve Chairman Jerome Powell gave a positive assessment of the U.S. economy on Tuesday and signaled interest rates could rise more than three times this year.

Gains in the dollar index also came as the euro slid ahead of elections in Italy at the weekend. The currency last traded at $1.2190.

Against the yen, however, the dollar slipped to trade at 106.64, compared to levels around the 107 handle seen at the end of Asian trade in the last session.