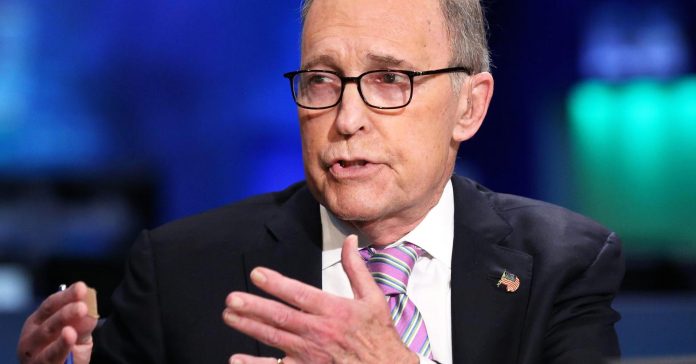 As director of the National Economic Council, his advocacy of a strong currency and open trade could put him at odds with two core Trump principles. The president has openly endorsed a weak dollar and recently announced tariffs on imported steel and aluminum. Though Kudlow expressed concern with the tariffs, he did say they made sense as a negotiating wedge.

“I don’t think he’s going to come in and immediately start pounding the desk about a strong dollar,” Yoshikami said. “That’s a nuanced item that I don’t think would get a lot of traction with the administration.”

Kudlow’s other sparring partners on air see him as being perceived positively in the markets.

“Larry is a world-class communicator and he’s going to be able to deliver the Trump message probably more effectively than anybody,” said Larry McDonald, founder of the Bear Traps Report investment letter and former Wall Street bond executive with Societe Generale and Lehman Brothers.

“The market will be fine with it,” McDonald said of Kudlow’s appointment. “The dollar thing is an issue for some people. I think the market’s going to understand that Larry is more of an America-first guy than [Cohn].”

McDonald added that the tariff issue could become a concern if it escalates into a global trade war.

“The market’s basically starting to freak out because it’s contemplating a regime or an administration that is much more America-first,” he said. “The globalists have been kind of pushed out. That’s somewhat upsetting on the trade side. The market’s probably going to overreact to that.”

Even for those on the other side ideologically, Kudlow likely will come across as a figure who can be reasoned with and might talk Trump away from some of his more extreme positions.

“I’ve been arguing with him for 30 years intensively … and we still really, really like each other. So that tells you something right there,” said Jared Bernstein, senior fellow at the Center on Budget and Policy Priorities and chief economist for former Vice President Joe Biden. “I think there’s another grown-up in the room, and I’m glad to see it.”