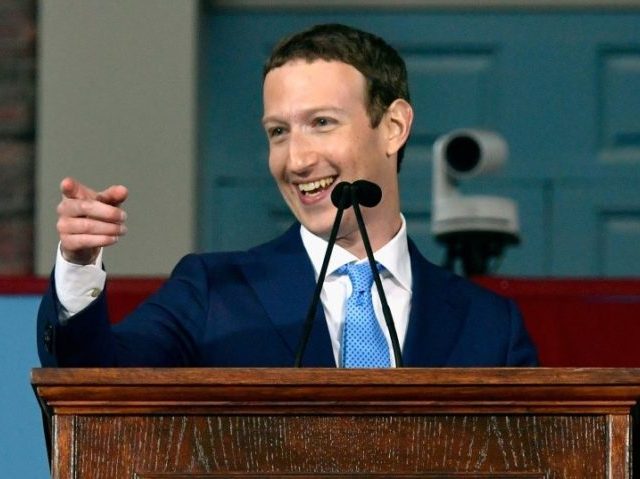 Facebook CEO Mark Zuckerberg closed his commencement speech at Harvard this week by discussing the need to “modernize democracy” and calling for universal basic income in America.

CNBC reports that Facebook CEO Mark Zuckerberg gave his Harvard commencement speech yesterday, speaking of the need to “modernize democracy” and floating the idea that many Silicon Valley personalities such as Sam Altman, president of venture capital firm Y Combinator, have pushed for, universal basic income for all American citizens. “Every generation expands its definition of equality. Now it’s time for our generation to define a new social contract,” said Zuckerberg during his speech, “We should have a society that measures progress not by economic metrics like GDP but by how many of us have a role we find meaningful. We should explore ideas like universal basic income to make sure everyone has a cushion to try new ideas.”

Zuckerberg claimed that because he knew he had a safety net to fall back on — his relatively wealthy parents — he was more open to taking chances in life which resulted in him creating Facebook. Zuckerberg also believes that universal basic income should be developed in order to support children who don’t have the stability in life that he did growing up. Zuckerberg argued that universal basic income would add that stability.

Sam Altman expressed similar views a year ago saying, “everyone should have enough money to meet their basic needs — no matter what, especially if there are enough resources to make it possible. We don’t yet know how it should look or how to pay for it, but basic income seems a promising way to do this.” Altman believes that universal basic income will be possible in the future as further technological advancements “generate an abundance of resources” that will help to decrease the cost of living.

Zuckerberg talked about the need to modernize multiple sectors, including in his opinion democracy. “Today we spend 50 times more treating people who are sick than we spend finding cures so people don’t get sick in the first place. That makes no sense. We can fix this. How about modernizing democracy so everyone can vote online, and personalizing education so everyone can learn?”

Lucas Nolan is a reporter for Breitbart News covering issues of free speech and online censorship. Follow him on Twitter @LucasNolan_ or email him at lnolan@breitbart.com