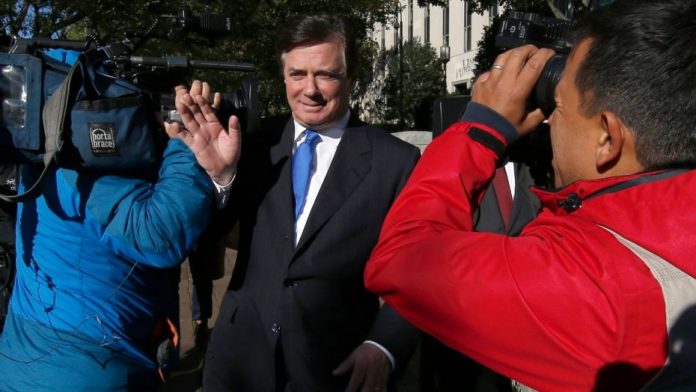 Paul Manafort has pleaded not guilty to felony charges of conspiracy against the United States and other counts.

WASHINGTON –  Paul Manafort, the former chairman of Donald Trump’s campaign, was heavily involved in the drafting of an opinion piece on Ukrainian politics even while under house arrest, according to documents released Friday by special counsel Robert Mueller and his team of prosecutors.

Prosecutors said earlier this week that Manafort had ghost-written an op-ed with a colleague who they said was assessed to have ties to Russian intelligence. The disclosure was aimed at showing that Manafort had violated a judge’s order to refrain from trying his case in public.

The government on Friday revealed new details that showed that Manafort had made a line-by-line edit of the essay on Nov. 29. The op-ed was published this week in an English-language newspaper in Ukraine under the byline of a former Ukrainian Foreign Ministry spokesman. Prosecutors also say that Manafort’s attorney had assured them the essay wouldn’t be published.

Also Friday, Mueller detailed hundreds of thousands of documents, including copies of data from 36 electronic devices, and the existence of 15 search warrants in the government’s case against Manafort and Rick Gates, his business associates and co-defendant.

The scope of the documents is outlined in a separate filing, which details what evidence the government collected in building its case against Manafort and Gates.

The government’s first batch of documents provided to Manafort and Gates, on Nov. 17, focused on financial records from Cyprus and St. Vincent and the Grenadines, as well as a hard drive with 89,000 items on it. Mueller’s team also provided some of the 2,000 “hot” documents — items considered critical to the government’s case.

On Nov. 22, the government turned over two more hard drives with roughly 120,000 items on them. On Dec. 1, prosecutors turned over additional search warrants, deposition from Manafort and Gates from another case, and a fourth hard drive with roughly 80,000 items on it. The government also gave Gates copies of data on nine electronic devices seized in the raid on Manafort’s Virginia home this past summer.

Manafort and Gates were charged by Mueller’s team with multiple counts of conspiring to launder money, conspiring against the U.S. and giving false statements to federal agents. Both men pleaded not guilty.