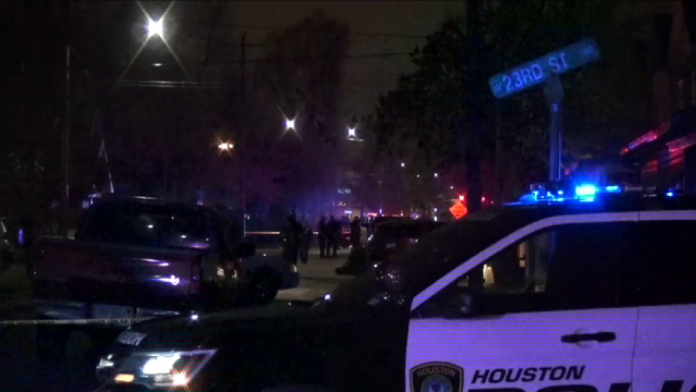 A man was shot and killed Sunday after he put a bulletproof vest on and a gunman pulled the trigger.

A man was shot and killed early Sunday morning at a Texas house party after he put on a bulletproof vest, police said.

About six to eight people were at the house party in Houston just after 1 a.m. when the man put on a bulletproof vest, FOX26 Houston reported.

The gunman, identified as Jason Griffin, allegedly shot the man and fled the scene, according to police.

The man, who was not identified, was struck in the chest and pronounced dead at the scene when paramedics arrived. It’s unclear if the bullet went through the vest or it struck an area that the body was not covered.

Griffin was found at a nearby hospital and being treated for a medical issue, according to FOX26. He was arrested and charged with manslaughter, felon in possession of a weapon and unlawful possession of body armor.

Police are also investigating whether the shooting occurred because of a dare.