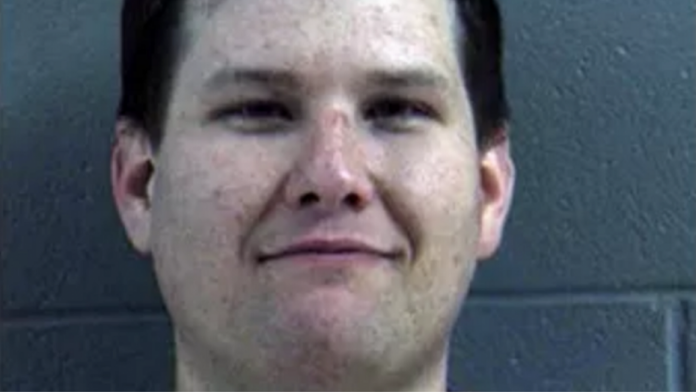 Chad Horsley allegedly drove his pickup truck into a shop because he thought it was owned by Muslims.

A former member of the U.S. Marine Corps Reserve is facing hate crime charges after allegedly driving his white pickup truck into a convenience store he mistakenly believed was owned by Muslims.

Authorities said Chad Horsley, 27, of Denham Springs, La.,  targeted the store in Watson, La., “because of the hate he had for Muslims.”

Horsley “wanted to make them pay for some things that he felt happened overseas,” and that he “was also upset that Muslims, in his mind were having an easier time prospering than he was despite his time in the service,” Livingston Parish Sheriff Jason Ard said.

However, the store is owned by Sikhs, not Muslims, authorities noted.

According to authorities, Horsley entered the shop in late February, posing as a police officer, and threatened to return and search for drugs, the Advocate in Baton Rouge reported.

Then on March 3, police say, Horsley drove his white pickup truck into the shop and then drove off.

Harjot Sing, a cashier and nephew of the owner, said his family came from India two years ago.

“This was the first ever incident to happen like that,” he said. “We’re just trying to make a living out of here, that’s all we’re doing.”

“This was the first ever incident to happen like that. We’re just trying to make a living out of here, that’s all we’re doing.”

Damage to the shop was estimated at $4,000, WAFB-TV in Baton Rouge reported.

According to WBRZ-TV in Baton Rouge, Horsley faces criminal charges of property damage, mischief, false impersonation of a police officer, and a hate crime.

In Washington, the Council on American-Islamic Relations released a statement about the incident.

“We thank local law enforcement officials for their prompt and professional response to this disturbing incident, which is apparently another example of the growing Islamophobia targeting American Muslims and those perceived to be Muslim,” said Ibrahim Hooper, CAIR’s national communications director. “An individual charged with such serious crimes should not have been released on bail before trial.”