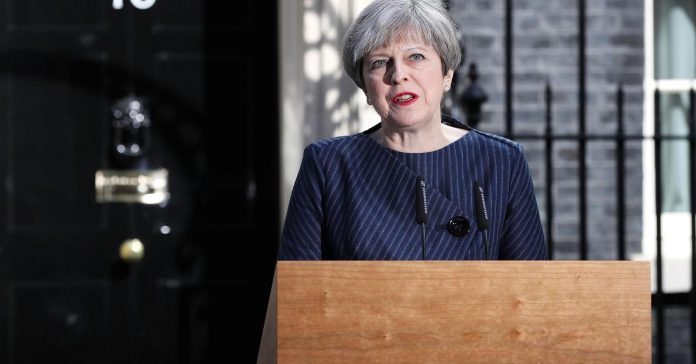 Our live blog is tracking reaction after a poll warned Prime Minister Theresa May is in danger of losing her parliamentary majority in the upcoming U.K. general election.

Sterling took a hit and fell into the red after the publication of the latest YouGov poll quoted by The Times, which projects that the Conservative Party could fail to secure a majority in the general election taking place on June 8.

Previous opinion polls had suggested that May’s ruling Conservative Party would increase its majority in the House of Commons, which currently stands at 17 seats.

We’ll bring you the latest analysis below.