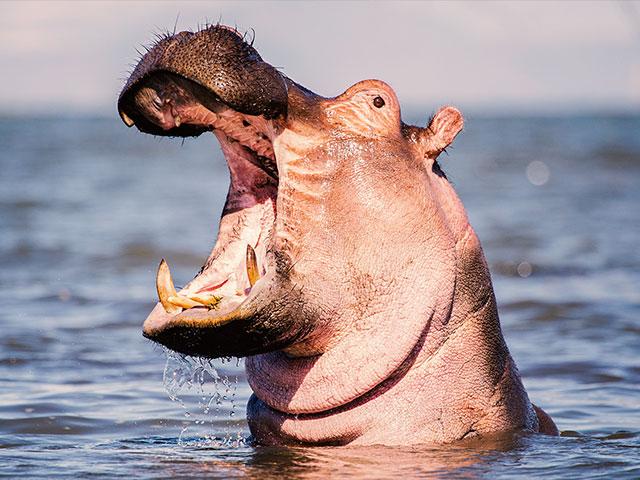 If you didn’t think the gender confusion in America could get any weirder – it can.

A University of Arizona scholar thinks he is a hippopotamus, according to Breitbart News.

Florentin Felix Morin makes the claim in an article in the Journal of Theoretical Humanities saying that having a hippo alter-ego has allowed Morin to navigate the world free from the constraints that “govern human bodies.”

To read the article, “Ego Hippo,” in its entirety click here.

The article “explores the formation of a tranimal, hippopotamus alter-ego.”

Morin says the new hippo identity provided a way to escape several sets of categorization that govern humans, such as gender, sexuality, and age.

According to the University of Arizona’s website, Morin is touted as an exciting addition to the institution’s LGBT Studies program.

Morin admits that he understands he is not actually a hippo, but his exercise of being transspecies, or “tranimal,” provided comfort as he came to terms with his transgenderism.

An excerpt from Morin’s article reads:

“Once, my partner and I were hilariously simulating a nasty fight while biking through Paris. Each of us would think of something to say, then catch up with the other one and deliver a blow with a malicious smile. Transphobia is such a key element of our humor that it wasn’t long before we started calling each other girls and using the other’s former female name to refer to him. But little did I know that Raymond would dare to go so far. At one point he looked at me, his cheeks blushing at his own audacity, and said: ‘I never thought you were a hippopotamus.'”

Morin continues to say that his new identity makes him feel “cute, confident, sexy, and safe.”

“Being a hippo means that I don’t have to be a boy or a girl, a child or an adult, normal or strange. It means that my smile becomes a hippo smile, and the way that I carry my body, a hippo walk,” Morin adds.

Morin also likes when friends refer to his “paws.”

“I do strongly love when my friends call me ‘hippo,’ refer to my ‘paws’ and pretend that they see no difference between me and one of my stuffed hippopotamuses, except that I’m a little bigger than most of them,” Morin writes. “In a surprising, sometimes overwhelming way I find comfort in this collectively performed animal identity.”