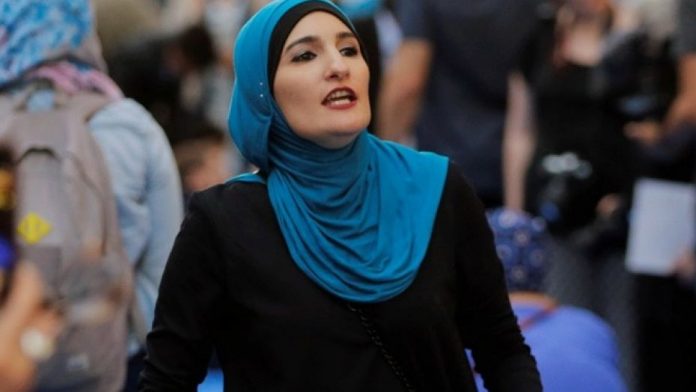 Sarsour also dismissed articles in the “Jewish media” accusing her of anti-Semitism during a panel discussion on the subject, hosted by the New School.

The event was already raising eyebrows weeks before it took place. Multiple people and organizations called out the university for inviting speakers with links to anti-Semitic radicals.

“Having Linda Sarsour & head of (Jewish Voice for Peace) leading a panel on #antisemitism is like Oscar Meyer leading a panel on vegetarianism,” Jonathan Greenblatt, national director of the Anti-Defamation League, tweeted prior the event. “These panelists know the issue — but unfortunately from perspective of fomenting it rather than fighting it.”

The Jerusalem Post Editorial Board branded the event “a forum of ‘anti-Semites on antisemitism’” that “makes as much sense as a KKK forum on civil rights.” The New York Post, meanwhile, said event was “Orwellian.”

Speaking on Tuesday night, Sarsour did little to defuse the perceptions about her and other speakers on the panel. Instead she said she was “unapologetically Palestinian-American” and “a very strong staunch supporter of boycott, divest, sanctions movement” against Israel, a movement that singles out the Jewish state and tries to isolate it economically and culturally.

During the speech — which barely touched the issue of anti-Semitism and how to tackle it — Sarsour concluded that the greatest threat to America’s Jewish community was the Trump administration.

“The existential threat (to the Jewish community) resides in the White House, in the highest offices of these lands,” Sarsour told the audience.

“The existential threat (to the Jewish community) resides in the White House.”

“We are now living under fascism,” she later added, “and we need all hands on deck.”

The activist also dismissed accusations of anti-Semitism against her and Louis Farrakhan, a notorious anti-Semite.

“If what you’re reading all day long, morning and night, in the Jewish media is that Linda Sarsour and Minister Farrakhan are the existential threats to the Jewish community, something really bad is gonna happen and we gonna miss the mark on it,” she said.

Farrakhan, according to the New York Times, once warned Jews that they should not forget that “When it’s God who puts you in the ovens, it’s forever!” and praised Hitler as “a very great man” on national television.