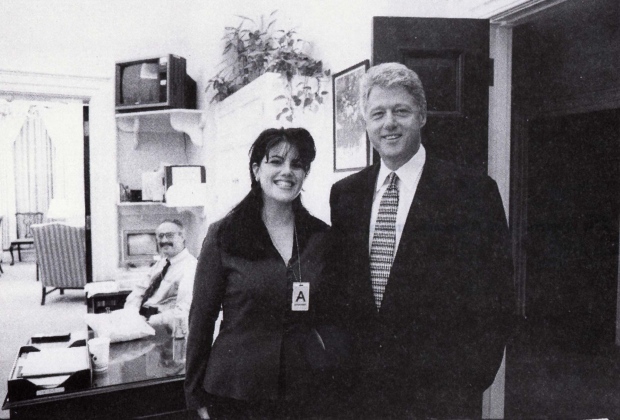 Monica Lewinsky says the affair that led to impeachment proceedings against President Bill Clinton “was not sexual assault” but “constituted a gross abuse of power.”

Lewinsky writes in the March issue of Vanity Fair that she is “in awe of the sheer courage” of women who’ve been confronting “entrenched beliefs and institutions.”

The former White House intern says she was recently moved to tears when a leader of the #MeToo movement told her, “I’m so sorry you were so alone.”

Lewinsky says she’s been diagnosed with post-traumatic stress from being “publicly outed and ostracized,” and lauds the #MeToo movement for providing “the safety that comes from solidarity.”

… and a s/o to my incomparable editor who pushed me to dig deeper emotionally after my first draft and fought valiantly with me to make the piece stronger. (he was also one of the first to convince me to write). thank you, @DavidMFriend1 @VanityFair

“There are many more women and men whose voices and stories need to be heard before mine. (There are even some people who feel my White House experiences don’t have a place in this movement, as what transpired between Bill Clinton and myself was not sexual assault, although we now recognize that it constituted a gross abuse of power,)” Lewinsky wrote.

Clinton initially denied the affair before admitting to it in 1998; the Democrat was acquitted by the Senate.

Clinton’s representative did not immediately respond to a request for comment on Tuesday.

President Clinton poses with Monica Lewinsky in a Nov. 17, 1995, photo. According to Lewinsky’s deposition, she and Clinton had a sexual encounter in the White House that day. (Reuters)

“Now, at 44, I’m beginning (just beginning) to consider the implications of the power differentials that were so vast between a president and a White House intern,” Lewinsky said.

“I’m beginning to entertain the notion that in such a circumstance the idea of consent might well be rendered moot. (Although power imbalances — and the ability to abuse them — do exist even when the sex has been consensual,)” she wrote.

“But it’s … very, very complicated. The dictionary definition of ‘consent’? ‘To give permission for something to happen.’ And yet what did the ‘something’ mean in this instance, given the power dynamics, his position, and my age? Was the ‘something’ just about crossing a line of sexual (and later emotional) intimacy? (An intimacy I wanted — with a 22-year-old’s limited understanding of the consequences.)

“He was my boss. He was the most powerful man on the planet. He was 27 years my senior, with enough life experience to know better. He was, at the time, at the pinnacle of his career, while I was in my first job out of college,” she said.

Lewinsky added that “none of the above excuses me for my responsibility for what happened. I meet regret every day.”