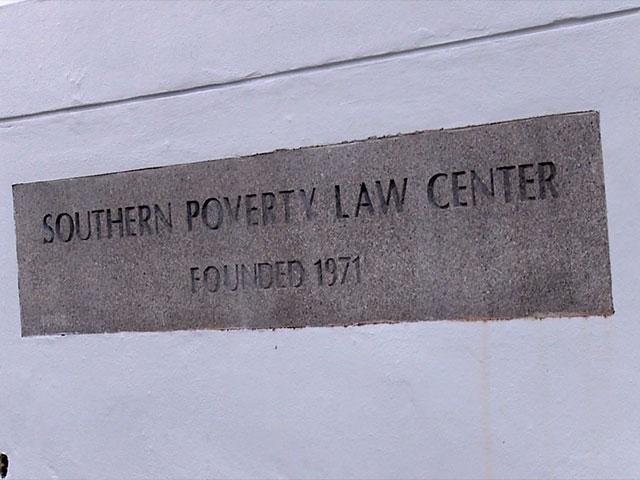 According to the SPLC website The Hate Tracker “takes the average of all the far-right hashtags and, using a standard score, ranks those that are above or below the mean.”

That means the SPLC doesn’t list words that indicate hate, but the words most often used by far-right Twitter users.

But conservative groups criticized the tracker when the words #Christmas, #MerryChristmas and #Jesus made the Hate Tracker list.

According to the evangelical Liberty Counsel, the SPLC blamed it on the tracker’s computer algorithm.

But the Liberty Counsel says the SPLC can’t blame the algorithm because it has editorial control over the website.  And it’s accusing the SPCL of manipulating the list, giving this example:

“On its December 27th page, the SPLC claims that the 12th highest ‘trending hashtag’ among all the so-called ‘hate groups’ it claims to monitor is #ineeedwhitesupremacybecause. However, when fact checked on Twitter, there were only two tweets on the 27th that used that hashtag across all of Twitter,” Liberty Counsel wrote in a statement.

“Of the two Twitter users on December 27th who each tweeted it, one’s profile claims to be from New Zealand, and the other’s chosen name is @BakedNorwegian. This indicates that both users, if not internet bots, could be international accounts. However, on SPLC’s page are NO Twitter accounts mentioned with that hashtag, and NO images found, even though one of the two Twitter users posting the hashtag “#ineedwhitesupremacybecause” included an image with their tweet. This indicates that SPLC’s claimed “algorithm” does not automatically pull all images,” they continued.

“The SPLC cannot hide behind a so-called algorithm because the SPLC has final editorial control of its webpage,” they went on say.

The SPLC has responded to the Liberty Counsel’s accusations saying, “As is clearly described on the Hate Tracker website, when not tweeting about #WhiteGenocide or #BanIslam, the far-right accounts “also participate in many conversations and topics that are popular among more ‘mainstream’ communities,” because these accounts use Twitter for “media subversion, ideological indoctrination and propaganda dissemination.”

The SPLC also has a Hate Tracker images page.

The current images on this page include first lady Melania Trump in a Christmas hat, a dog wearing an elf hat and an image for the US Navy.