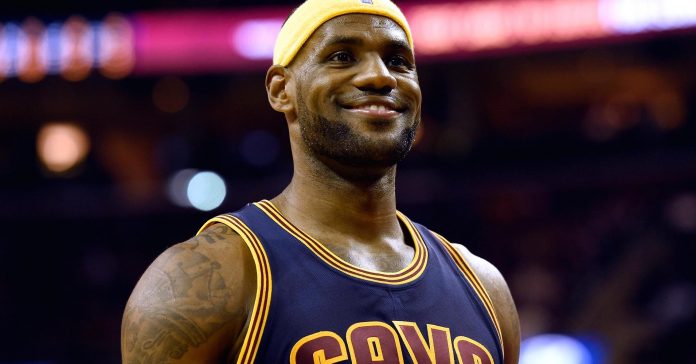 To make his dream a reality, James tells The Athletic that he’ll continue to work with his business partners, including Maverick Carter, Randy Mims and agent Rich Paul.

If any player is well-suited to be an owner, it’s James. The Ohio native has proved to be a master both on and off the court, scoring lucrative endorsements with companies like McDonald’s and Coca-Cola. Just last year, business manager Carter suggested James’ lifetime endorsement deal with Nike may top $1 billion, making it the largest in the history of the company.

Meanwhile, the NBA star has an estimated net worth of $275 million, according to Forbes, and is slated to make $33 million for the 2017-2018 season as part of the three-year $100 million deal he signed in 2016 when he returned to the Cleveland Cavaliers.

Carter, who’s working with James to build the SpringHill Entertainment Production company, told CNBC last year that the basketball superstar “has an almost sixth sense, an alien-like ability to see things before they happen. He’s like three or four plays ahead of everyone. The same thing in business.”

It seems he’s already mapping out his next moves. “I know there will be more time of my life spent off the floor than on the floor,” he said in a recent episode of the JPMorgan Chase series “Kneading Dough.” “I still have to live life beyond the hardwood.”