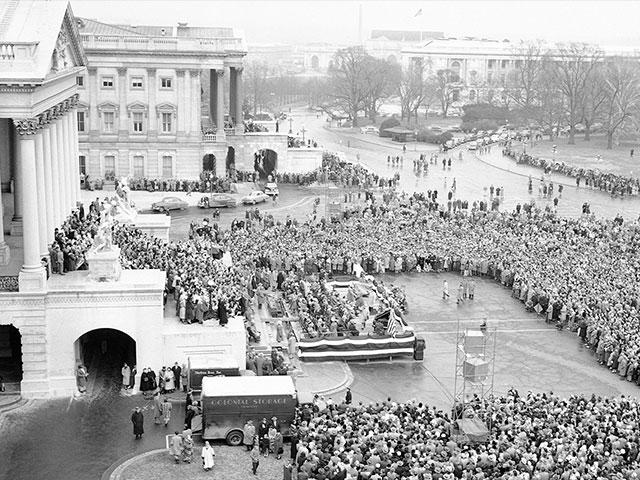 WASHINGTON – Lawmakers are preparing to receive the casket of the late Rev. Billy Graham, who will lay in honor in the Capitol Rotunda on Wednesday and Thursday. Rev. Graham is the fourth civilian ever to be honored in this way.

“If there is any American whose life, and life’s work, deserves to be honored by laying in honor in the US Capitol, it’s Billy Graham,” House Speaker Paul Ryan, R-WI, said Tuesday.

Speaker Ryan told CBN News the decision to extend this honor to the late Rev. Graham was an easy one, after Graham’s congressman, Rep. Patrick McHenry, R-NC, called him and suggested it.

“We got together and decided this is obviously something we should do,” said Ryan. “Between Mitch, the president, myself, and Patrick McHenry we made that decision very quickly.”

“Rev. Graham was a person of towering consequence,” Senate Majority Leader Mitch McConnell, R-KY, told CBN News Tuesday. “It’s an honor extended by a grateful nation to one of the truly unique figures in world history.”

Lawmakers will attend a service at 11 am on Wednesday to honor Rev. Graham after his casket arrives. There will be no votes or official House business while he lays in honor.  Starting at 1 pm on Wednesday, the public will be invited to come to the Capitol and pay their respects.

“He is truly someone who deserves that honor,” Rep. Mike Bost, R-IL, told CBN News. “I’m pretty sure that the amount of people that walk through to pay their respects, I believe the line will be very long for the next few days, but rightfully so.”

“He has been called America’s pastor, and rightfully so,” continued Bost. “He’s a pastor to the presidents, not president – presidents. He has met and been called into every president’s office, I think, since Kennedy.”

The only other non-elected officials who have been honored in this way were two Capitol police officers who were killed in the line of duty in 1998 and civil rights heroine Rosa Parks in 2005.

CBNNews.com will be live streaming the arrival of the casket to the US Capitol and memorial service on our website and Facebook page starting at 10:30 am.