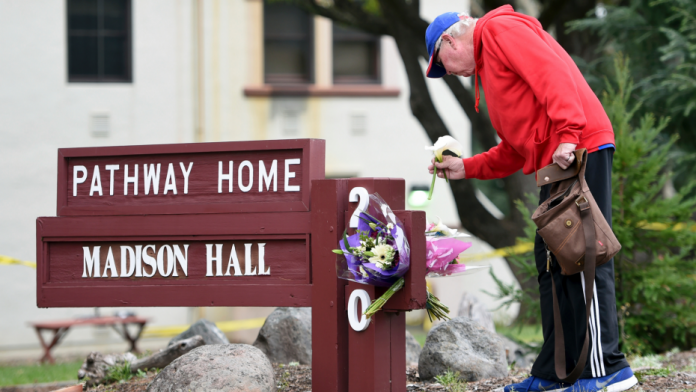 YOUNTVILLE, Calif. –  The Latest on the ex-soldier who killed three people and himself at a California veterans center (all times local):

A family member says the Army veteran who fatally shot three women and then himself in California became fixated on petty grievances after experiencing combat in Afghanistan.

Tyrone Lampkin, the older adopted brother of Albert Wong, tells the Press-Democrat newspaper that Wong was never the same after getting out of the military. Lampkin says Wong would obsess about relatively minor conflicts, such as someone owing him money or not pulling their weight.

Wong had been asked to leave a treatment program for veterans. On Friday, police say, Wong slipped into a party at the program and took three female employees hostage. He and the women were later found dead.