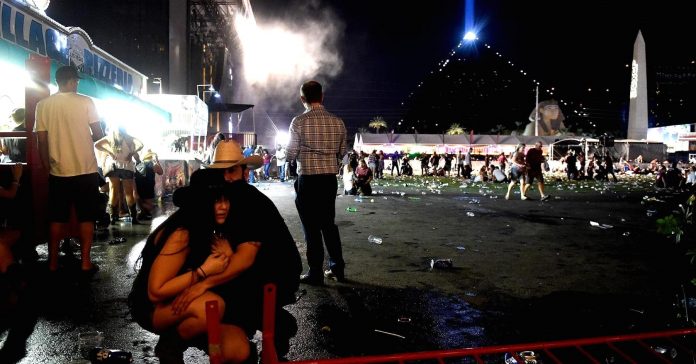 The suspected gunmen in the Las Vegas shooting has been identified as 64-year-old Stephen Paddock from Mesquite, NV, according to NBC News.

Over 20 people are dead and more than 100 injured after a gunman opened fire at a concert near the Mandalay Bay Casino in Las Vegas, officials said on Monday.

The Route 91 Harvest country music festival was taking place across the road from Mandalay Bay, which is near McCarran International Airport on the south side of the Las Vegas Strip. It was here that the gunman opened fire.