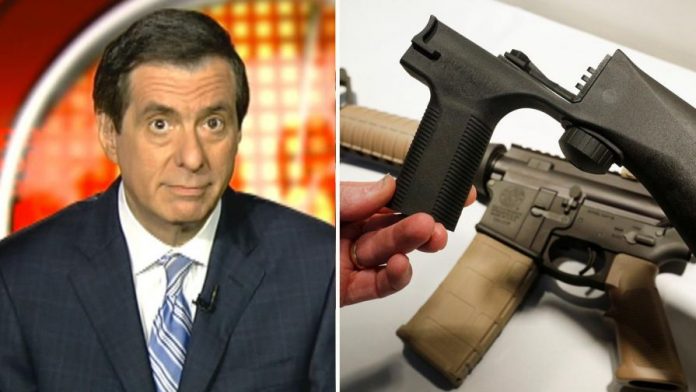 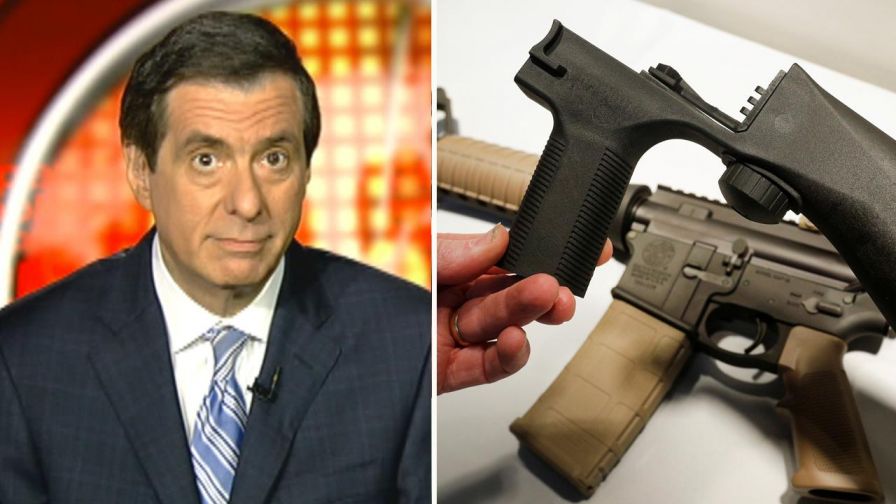 If there is one issue on which Congress has been utterly gridlocked, despite one mass shooting after another, it is guns.

The country goes through the same paralyzing debate over and over, with Democrats demanding gun control and Republicans and the NRA insisting that guns are not the problem.

Now, in the wake of Las Vegas, that may be changing in one modest way.

Consider this comment from the Senate’s No. 2 Republican, John Cornyn: “I own a lot of guns, and as a hunter and sportsman, I think that’s our right as Americans, but I don’t understand the use of this bump stock.”

The Texas lawmaker is referring to an easily available $200 device used by the Las Vegas shooter to make semiautomatic weapons, which are legal, fire more like automatic weapons. And he says some colleagues agree with him. Paul Ryan called it “something that we need to look into.”

And this is a bombshell that could change the equation: the NRA said yesterday that it believes these devices should be subject to “additional regulation.” The Obama administration approved their use in 2010.

President Trump, who campaigned as a champion of the Second Amendment, said that “we will be talking about gun laws as time goes by,” and Sarah Huckabee Sanders says he’s “open” to discussing bump stocks.

A Wall Street Journal editorial page on “The Gun Control Mirage” says the paper isn’t opposed to banning bump stocks or adopting stricter background checks, but “no one should think these will stop a determined killer.”

It’s entirely possible that nothing may happen. A number of Republicans say they’re opposed to any legislative changes. But the sheer horror of death raining down from a Vegas high-rise hotel seems at least to have changed the atmosphere.

The Washington Post notes the history of failure: “It didn’t work after mass shootings at a nightclub in Orlando, college campuses in Virginia and Oregon, a church in Charleston, or at a movie theater and high school in Colorado. Or after two lawmakers survived assassination attempts. But after a gunman killed 58 people and wounded more than 500 at a Las Vegas concert, Democrats are going to try again to revamp the nation’s gun laws.”

The New York Times puts it this way: “Top congressional Republicans, who have for decades resisted any legislative limits on guns, signaled on Wednesday that they would be open to banning the firearm accessory that the Las Vegas gunman used to transform his rifles to mimic automatic weapon fire.”

The argument for banning the bump stocks is that keeps up with changing technology and prevents people from owning something similar to an illegal automatic weapon. At the same time, none of the background-check proposals would have stopped the Las Vegas shooter, who had no criminal record and legally bought 33 guns over the past year.

The last real gun control measure passed in 1994, when Bill Clinton pushed through a ban on so-called assault weapons and large magazine purchases. The law was blamed for a number of Democratic members of Congress losing their seats that fall, and the party made little push to preserve it when it expired a decade later.

Dianne Feinstein, whose daughter decided at the last minute not to attend the country music concert where the slaughter took place, is now pushing the bump stocks measure. She became San Francisco mayor in 1978 when the incumbent, George Moscone, was assassinated.

On the other hand, Steve Scalise, who barely survived a July shooting at a baseball practice, told the Post: “I think it’s a shame that the day somebody hears about a shooting, the first thing they think about is, how can I go promote my gun-control agenda, as opposed to saying, how do I go pray and help the families that are suffering?”

The country is desperate to stop these mass shootings that have become an increasingly common feature of American life. No piece of legislation can fully accomplish that goal, but Congress is talking about taking a step in that direction for the first time in two decades.