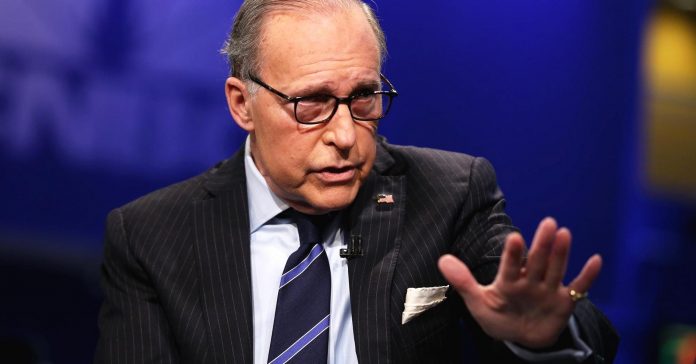 China can expect the U.S. to take a tough stance when it comes to international trade, Larry Kudlow, the newly appointed director of the National Economic Council, said Wednesday.

Kudlow’s first task will be to negotiate the administration around a ticklish issue over tariffs on steel and aluminum that Trump announced last week. The moves appear to be part of a get-tough strategy that will include an especially hard line against China.

“I must say as somebody who doesn’t like tariffs, I think China has earned a tough response not only from the United States,” Kudlow said on CNBC’s “Closing Bell,” the network where he has been an anchor and contributor for a quarter-century.

In his first public interview since the president offered him the job Tuesday evening, Kudlow had harsh rhetoric for China.

“A thought that I have is the United States could lead a coalition of large trading partners and allies against China, or to let China know that they’re breaking the rules left and right,” he said. “That’s the way I’d like to see. You call it a sort of a trade coalition of the willing,” an apparent reference to President George W. Bush’s “coalition of the willing” in the war against Iraq.

Kudlow added that he opposed what he saw as blanket tariffs originally, but softened his position when he saw that the White House would offer exemptions to Canada and Mexico as well as other countries willing to negotiation more U.S.-friendly trade positions.

“I don’t like blanket tariffs and I don’t think you should punish your friends to try and punish your enemies in international affairs,” he said.

In addition to discussing trade, Kudlow also addressed his well-known penchant for a strong currency — “King Dollar,” as he calls the greenback. It’s part of his broader economic view of limited government and regulation and free enterprise.