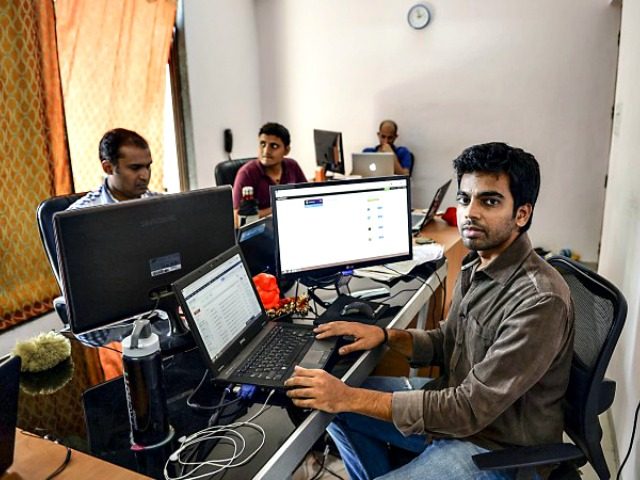 American workers suing an India-based outsourcing firm accused of discriminating against its U.S.-born employees, while favoring Indian nationals, will get their day in court thanks to an Oakland, California federal judge.

This week, a California federal judge not only refused to throw out a case against Tata Consulting Services (TCS), one of the largest outsourcers in the U.S. of American jobs, but he also turned the case into a class-action lawsuit, according to Bloomberg.

The case was brought against TCS in 2015 by American workers who said they experienced an anti-American bias at the company, which they say overwhelmingly favors imported workers of Indian descent.

Brian Buchanan, one of the American workers suing TCS in the class-action suit, said he had nearly 30 years of experience in the Information Technology (IT) industry when he and roughly 400 American workers were laid off by Southern California Edison after TCS was contracted to outsource the Americans’ jobs to cheaper foreign workers.

Pro-American worker advocates like attorney Sarah Blackwell, who represents Americans who have had their jobs outsourced to foreign countries and foreign workers, praised the decision.

Breitbart News has previously spoken to American workers who were laid off from their jobs when their former companies contracted with TCS, which then outsourced their jobs to foreign workers in India and imported foriegn workers to replace them. These American workers say they were forced to train their foreign replacements before leaving their jobs.

The outsourcing industry of Americans’ jobs relies heavily on the H-1B visa, which imports more than 100,000 foreign workers every year to take American jobs. These foreign workers are allowed to stay for up to six years. As H-1B foreign workers continuously enter the U.S., Americans are often replaced from their jobs.

The H-1B visa often serves as the first step of outsourcing Americans’ jobs for multinational corporations. For example, multiple laid off American workers have previously explained to Breitbart News that companies use the H-1B visa to originally import foreign workers to do their jobs for cheaper, though eventually, the goal is to send the foreign worker and the job back to their native country where they can further reduce the labor cost.

In June, Breitbart News reported how a former executive with Infosys, another one of the country’s leading outsourcing firms, filed a discrimination lawsuit alleging that Indian nationals are given preference over white and black Americans.

While the lawsuit does not allege any specific abuses of the H-1B visa, the former executive does note that the visa was used to increase Infosys’s already large Indian workforce:

Infosys has gone to great lengths to obtain its primarily South Asian work force in the U. S., in particular by utilizing professional H-1B and L-1 work visas to bring South Asians (primarily Indians) into the United States to work in information technology (“IT”) consulting roles, as its IT consulting business model dictates, and other non-IT capacities, including to replace or supplant non-South Asians. Plaintiff’s career at Infosys exemplifies the systematic pattern of discrimination at Infosys.

White and black employees at Infosys, according to the lawsuit, were hardly ever promoted and even had their evaluations downgraded compared to their Indian national counterparts.

It is not just outsourcing firms who have been accused of undercutting and discriminating against Americans in favor of cheaper, foreign workers.

The Walt Disney Company, Breitbart News reported, remains under investigation for laying off nearly 250 American workers and allegedly replacing them with H-1B foreign workers. About 30 Americans who were laid off by Disney and allegedly replaced by foreigners have filed a lawsuit.