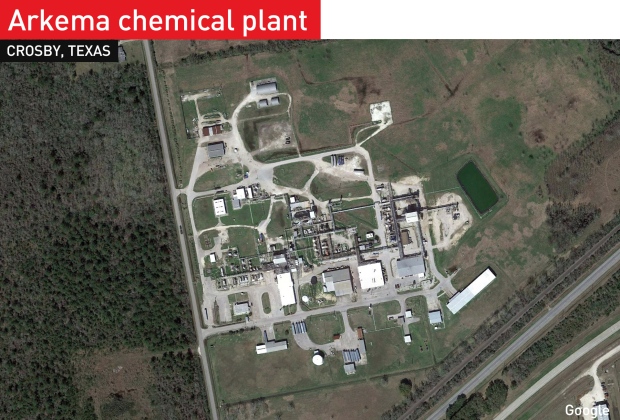 A police deputy was sent to hospital after inhaling fumes from an explosion, fire and smoke at a flooded chemical plant outside Texas.

Nine others drove themselves to hospital as a precaution, the Harris County Sheriff’s Office said.

The fire in a trailer at the plant run by Arkema Inc. was blamed on “unprecedented” flooding from Tropical Storm Harvey that cut even emergency backup power, shutting down the plant’s refrigeration systems.

One deputy taken to hospital after inhaling fumes from Archem plant in Crosby. 9 others drove themselves to hospital as precaution.

“Some of our organic peroxides products burn if not stored at low temperature,” the company said in a news release.

Organic peroxides are chemicals that contain “peroxy” — the same component found in hydrogen peroxide (which, incidentally, is made at Arkema’s Bécancour, Que., plant).

“Most undiluted organic peroxides can catch fire easily and burn very rapidly and intensely. This is because they combine both fuel (carbon) and oxygen in the same compound,” explains the Canadian Centre for Occuptional Health and Safety.

The Arkema chemical plant is located in a rural area about 40 kilometres northeast of Houston. (CBC)

“They can decompose very rapidly or explosively if they are exposed to only slight heat, friction, mechanical shock or contamination with incompatible materials.”

They can also cause other combustible materials to catch fire easily and burn intensely.

Because of the chemicals’ flammability, the company says, “as agreed with public officials, the best course of action is to let the fire burn itself out.”

There has been some debate about how toxic the smoke is at the chemical plant fire.

Arkema executive Richard Rennard told reporters the smoke is “certainly noxious.” Rennard said the smoke came from burning hydrocarbons and incomplete combustion, “so any smoke is going to be an irritant.” 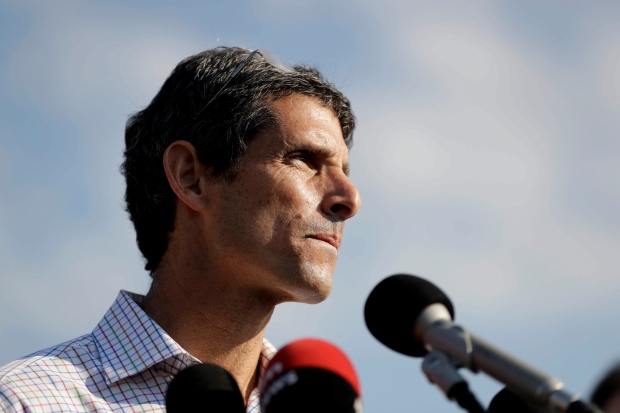 Richard Rennard, an executive with Arkema Inc., said one of nine chemical containers at the company’s plant in Crosby, Tex., failed due to lack of refrigeration. He said he expects the organic peroxide in up to eight more to degrade and burn. (Gregory Bull/Associated Press)

However, Harris County Sheriff Ed Gonzalez, whose deputies went to hospital, said the smoke wasn’t toxic or dangerous — it had just irritated the officers’eyes.

There are many kinds of organic peroxides, with different levels of toxicity and corrosiveness — for example, benzoyl peroxide is harmless enough to be used as an acne treatment.

But methyl ethyl ketone peroxide, used to make certain plastics, is very toxic and may be fatal if inhaled, absorbed through the skin or swallowed, says CCOHS.

Like other fuels, when organic peroxides burn, they turn into carbon dioxide, water, and other compounds that also have different levels of toxicity.

In general, you should stay away from fuels that are burning and their smoke.

Arkema, which is headquartered in Colombes, France, says its liquid organic peroxides are used to make a variety of plastics and plastic resins that are used to manufacture such items as countertops, car parts and paints, pipes and styrofoam cups and plates.