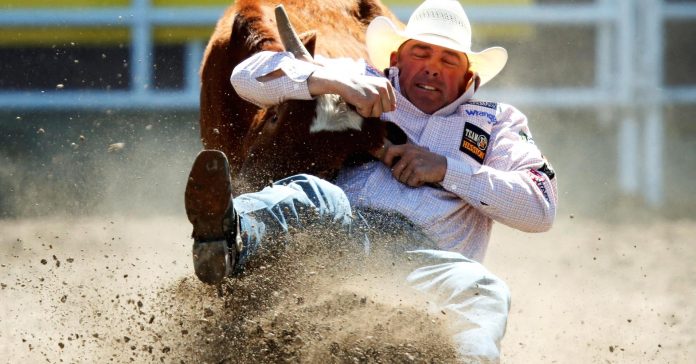 It’s more likely stocks will take a pause and move sideways this summer than roll over in a “June swoon,” according to a number of strategists.

June is on average a flattish month and the fourth worst in terms of S&P 500 performance, but it also marks the start of the weak summer season for equities. September is historically the worst month and August the second worst, followed by February.

“It’s very possible this market is range bound for the summer. If we don’t get a significant amount of upside in earnings or the second quarter ends up being a little less strong than the first quarter, or if there are people distracted by politics, or there is a little bit of market fatigue, it’s possible we are range bound,” said Kate Moore, chief equity strategist at BlackRock. “But I have a hard time, from valuation or sentiment perspectives, seeing reasons for a big swoon.”

Stocks have moved higher without regard for the type of events that might normally trip up the market. The controversies swirling around President Donald Trump‘s campaign and Russia; Federal Reserve rate hikes; and a potentially stalled out congressional effort on tax reform are not seen as impediments to the stock market, which could grind slowly higher.

“The magnitude and duration of sell-offs more recently has been very disappointing to the bears,” said Moore. She said the economic and earnings fundamentals are the bigger catalysts behind the stock market’s move.

“Earning are very strong in the first quarter. Companies did a good job of reaffirming or improving on the outlook for 2017,” Moore said. “This is really not contingent on significant policy stimulus coming out of D.C. … People were trying to explain away the pickup in business sentiment after the election with great expectations for tax reform and stimulus. But at this point, management teams are just as aware of the extended delays in this policy reform.”

Wednesday is the final trading day of May, and the S&P 500 was on pace for its sixth positive month out of seven and its best-performing month since February. Nasdaq, up 2.6 percent for May so far, was on pace for a seventh month of gains, its best winning streak since May 2013.

Seasonally, June stock markets have traded lower just under half the time, but the losses have been minuscule — averaging a 0.005 percent decline in the S&P 500 all the way back to World War II, according to Sam Stovall, chief investment strategist at CFRA.

“Despite the rhyme, stocks generally just mark time,” Stovall said of the June swoon. “June has the second-worst frequency of advances. However, the average price change is basically nonexistent.”

June also follows the month of May, which has has often heralded in weakness, and is known for the old adage, “sell in May.” However, the S&P 500 has gained more than 1.2 percent in May so far and was very near it’s all-time high in Tuesday trading.

Despite the market’s quiet climb higher, some strategists do see risks. China’s debt bubble is noted as one, but it’s not a new risk. Some strategists say the market could react if Congress looks unlikely to pass tax reform this year, but how much the market is still counting on a plan in 2017 is up for debate.

“Trump came in with high expectations and has done nothing but be a disappointment,” said investment strategist James Paulsen, formerly with Wells Capital Management. “The market has no expectation for anything to be done this year. It may be a positive surprise if they actually get something done.”

Strategists also say the Federal Reserve could eventually pose a problem for the market if the economic data do not pick up, and the Fed is seen as moving ahead with interest rate hikes in a soft economy. The central bank has forecast two rate increases and expects to begin the process of shrinking its balance sheet this year. Dallas Fed President Robert Kaplan reiterated that forecast Tuesday on CNBC’s “Squawk Box,” and the market expects the next interest rate hike June 14.

“The thing is there are not a lot of risks out there that are identifiable. If the Fed raises rates, they’re boosting them to around 1 percent, and normally in this kind of inflationary environment, we should be at 3.5 percent. So the Fed is being extraordinarily accommodative,” said Stovall.

Strategists say the market has also been lifted by strong U.S. earnings growth and a synchronized global economic recovery, but it is at a high valuation level and that could keep the market from rising much more.

One concern for the market has been the concentrated gains in a handful of tech names. The S&P 500 is up more than 7.5 percent for the year so far, but the “FANG” stocks are up much more than that. One of those, Amazon. com broke the psychological $1,000 mile marker Tuesday, and is up 33 percent for the year so far. The other stocks in “FANG” are Facebook, Netflix and Alphabet, parent of Google.

Christopher is of the view there could be a summer sell-off. He said he expects the market to peak soon, and a catalyst could be disappointment with Washington on the policy front, the Federal Reserve’s rate hikes, or a political unknown.

“We think the market is ignoring the valuations. The fact we expect more Fed rate hikes, and into 2018. At some point they have to be dealt with,” he said. “Maybe we just readjust back to more average P/Es.” The price-earnings ratio for the S&P 500 was 17.6 for 12-month forward earnings.

There are several potential catalysts on the horizon for markets Wednesday, as investors wait for Friday’s jobs report. Chicago PMI is scheduled to be reported at 9:45 a.m. ET; pending home sales are at 10 a.m.; and the Fed’s Beige Book on the economy is at 2 p.m.