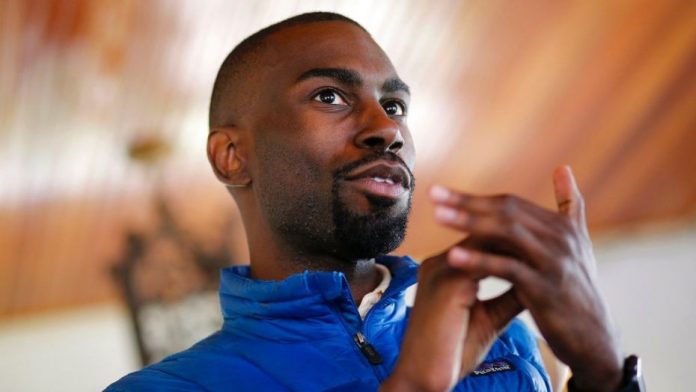 A judge in Louisiana ruled Thursday that Black Lives Matter is not an entity that can be sued. He also cleared DeRay Mckesson, an activist with the movement, saying he was “solely engaged in protected speech” during a demonstration in July 2016.

A federal judge in Louisiana ruled Thursday that Black Lives Matter is a social movement and cannot be sued, deflating the legal case of an unnamed police officer injured in a demonstration in July 2016.

In November 2016, an anonymous police officer in Baton Rouge sued DeRay Mckesson, a leading activist in the movement, and Black Lives Matter, laying blame for injuries he endured during a violent protest on July 9, 2016.

Like the Tea Party or the civil rights movement, U.S. District Judge Brian Jackson said Black Lives Matter is not an entity and therefore is unable to be sued.

“Although many entities have utilized the phrase ‘black lives matter’ in their titles or business designations, ‘Black Lives Matter’ itself is not an entity of any sort,” Jackson wrote in his ruling.

The anonymous officer also tried adding “(hash)BlackLivesMatter” as a defendant in the suit, claiming it to be a “national unincorporated association” in California, but the judge ruled that a hashtag couldn’t be sued either.

The officer alleged in the lawsuit that he was hit in the face by concrete or a “rock like substance,” causing him to lose teeth and sustain injuries to his jaw and brain.

The lawsuit did not accuse Mckesson of throwing the possible rock, but did claim that he “was in charge of” the protest that “turned into a riot” and he “incited the violence” on behalf of Black Lives Matter.

The demonstration was held in response to the death of Alton Sterling, a 37-year-old black man fatally shot by a white police officer.

A separate suit was also filed in July against Mckesson and the movement on behalf of a different police officer, who was wounded in an attack on July 17, 2016 by Gavin Long.

Long killed three police officers and wounded three others in a shooting rampage near the Baton Rouge police headquarters before he was shot dead by authorities.

That suit is still pending before the same federal judge.

Mckesson is the self-described leader of the Black Lives Matter movement. He quit his job in July, as the chief human capital officer of Baltimore Public Schools, to “devote more time to organizing” and to work on his podcast, “Pod Save the People.”

He was one of roughly 200 protesters arrested at the July 2016 protest and charged with obstructing a highway.

Mckesson and other protesters have since sued the city of Baton Rouge and local law enforcement officials over their arrests, accusing police of using excessive force and violating their constitutional rights.