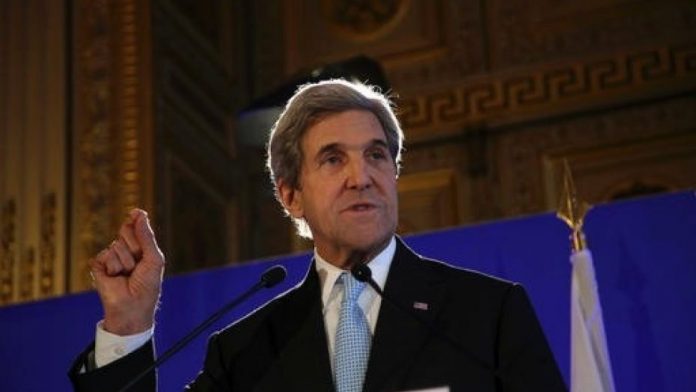 U.S. Secretary of State John Kerry gives a press conference after a meeting on Syria, in Paris, Saturday, Dec. 10, 2016. Leading diplomats are in Paris in an effort to find solutions for the conflict in Syria. (AP Photo/Thibault Camus)

Former senator and Secretary of State John Kerry said Wednesday he has no plans to run for president in 2020, but didn’t rule out the idea.

“I don’t have any plans right now, honestly,” Kerry said on MSNBC when asked if he might make another run.

Host Joe Scarborough and others noted that wasn’t a firm denial, and pressed Kerry to talk more about whether he would entertain a run.

Scarborough noted that Kerry is younger than some of the Democrats who might run against President Trump in 2020, such as Sen. Bernie Sanders.

Kerry was the Democratic presidential nominee in 2004, when he lost to President George W. Bush.