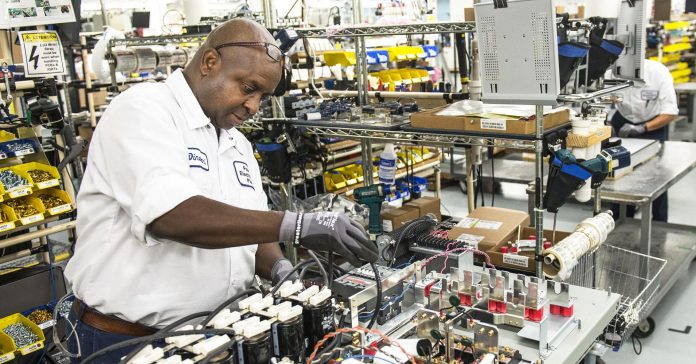 The economy added 313,000 jobs in February, crushing expectations, while the unemployment rate was 4.1 percent, according to a Labor Department report Friday that could help quell inflation fears.

Economists surveyed by Reuters had been expecting nonfarm payroll growth of 200,000 and the unemployment rate to decline one-tenth of a percent to 4 percent.

A separate measure that takes into account those out of the workforce and the underemployed — sometimes referred to as the “real” unemployment rate — held steady at 8.2 percent.

Investors were watching the report closely not only for clues about job growth but also whether wage pressures were continuing to build. Wage growth came in less than expected, rising 0.1 percent for the month and 2.6 percent on an annualized basis.

Multiple Federal Reserve officials have said recently they see the jobs market at or even beyond full employment. The unemployment rate was last this low in December 2000. However, sustained wage growth has been absent, keeping the Fed on a pace of consistent but gradual rate hikes.

This is a breaking news story. Check back here for updates.