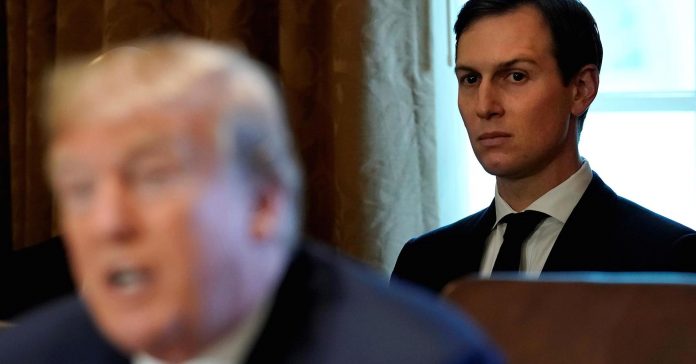 Kushner and other White House staffers who had the highest-level interim clearance found out Friday that it would get downgraded, the outlet said, citing three sources. Kushner has not yet gotten cleared for a full clearance amid a prolonged background investigation, yet he worked on sensitive topics and previously saw the highly-classified president’s daily brief.

President Donald Trump could have given his son-in-law a full clearance but let chief of staff John Kelly decide.

“I will let General Kelly make that decision, and he’s going to do what’s right for the country, and I have no doubt he’ll make the right decision,” Trump said on Friday.

Last week, CNN, citing sources, reported that Kushner was unable to receive full clearance partly because of special counsel Robert Mueller’s investigation into Russian meddling in the 2016 election. Kushner is reportedly one of the key figures in the probe, which is also examining links between the Kremlin and the Trump campaign.

The White House declined to comment on security clearances. CNBC could not immediately reach Kushner’s lawyer, Abbe Lowell, for comment.