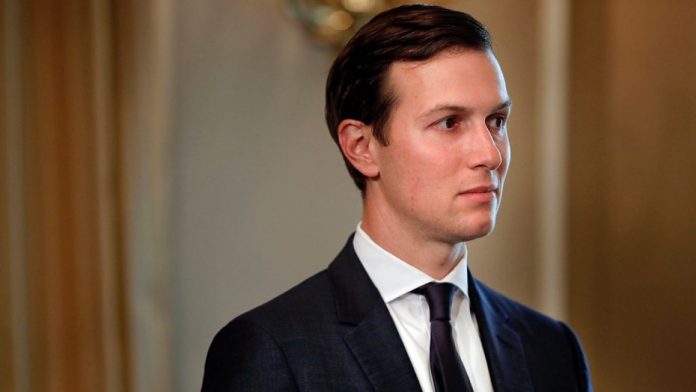 Jared Kushner was interviewed by Mueller investigators this month.

Investigators questioned Kushner about a meeting he had with an unnamed Russian ambassador and former national security adviser Michael Flynn, the New York Times reported. The Associated Press also reported about the meeting, citing an anonymous source.

The meeting reportedly took place in December 2016 during then-President-elect Trump’s transition into the White House. Other details about the meeting were unclear.

Kushner’s questioning took about 90 minutes or less and was aimed in part on establishing whether Kushner had any information on Flynn that might be exculpatory, the AP source said.

The source also said multiple White House witnesses have been asked about their knowlege of Flynn.

The revelation of Kushner’s meeting with Mueller investigators came days after it was reported that Flynn cut ties with Trump’s legal team.

Attorneys for Flynn told the president’s team that they could no longer discuss Mueller’s probe into Russia’s involvement with the election.

Kushner was previously accused by leaders of the Senate Judiciary Committee of not being fully forthcoming in its Russia probe.

In response, Kushner’s lawyer Abbe Lowell said in a statement that his client encouraged members of the Trump campaign to decline meetings with foreigners.

Fox News’ Serafin Gomez and the Associated Press contributed to this report.