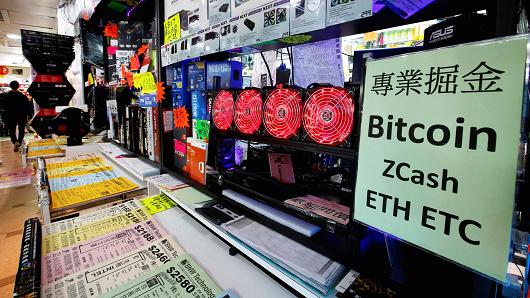 A cryptocurrency mining computer equipped with four cooling fans is seen on display at a computer mall in Hong Kong, January 29, 2018.

Japan will urge its G20 counterparts at a meeting next week to beef up efforts to prevent cryptocurrencies from being used for money laundering, a government official with direct knowledge of the matter said.

Finance ministers and central bankers of the Group of 20 major economies will meet in Buenos Aires on March 19-20, with cryptocurrencies set to be on the agenda.

The Paris-based Financial Action Task Force (FATF), a 37-nation group set up by the G7 industrial powers to fight illicit finance, will report to the G20 its findings on ways to keep cryptocurrencies from being used for money laundering.

Japanese policymakers fear that while there is broad consensus among the G20 nations on the need for such steps, some nations have looser regulations than others, which leaves loopholes for money laundering, the official said.